After 31 proud years, Allstate Insurance‘s Char Schoenbach is moving onto her “next chapter.” In honor of her outstanding commitment to our community as its first female business leader, Northalsted Business Alliance sat down with Char to discuss her tenure. 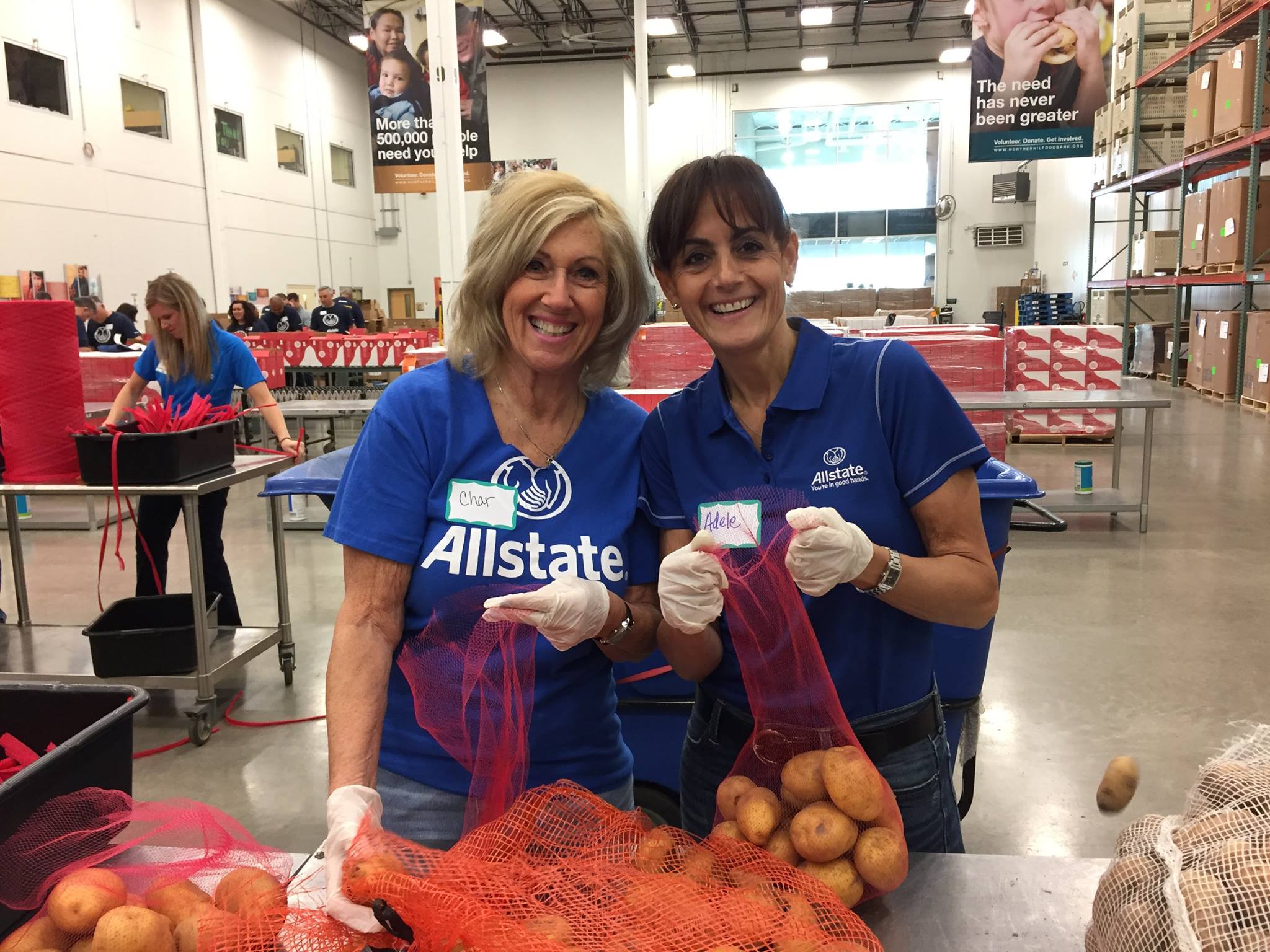 For those who are unaware, state your name, previous position, how long you worked in it, and what brought you to Northalsted.

Char: My name is Char Schoenbach. For the past 31 years, I have owned the Allstate Insurance Agency. I started my agency in 1989 in Edgewater, and four years later I moved to Halsted street and I became part of this community for 27 years.I wanted to have a safe place where gay people and gay couples could come in and buy insurance and feel good about it. That someone wasn’t going to not serve them in their needs or make them feel uncomfortable. When they arrived there, I had heard that from clients who started to call—I advertised in every book there was—that other insurance agents, even of my own company and competing companies, told them, “don’t come in, we don’t want your business,” you know, it was horrible. I kind of built my career around serving the gay community after that, and bringing a nationally known corporate name to the street, so people could have quality insurance and an agency that cares.

That’s fantastic. And you’ve talked a little bit about how you got to Northalsted and how you started business here, but what was your journey to ending up working in insurance? 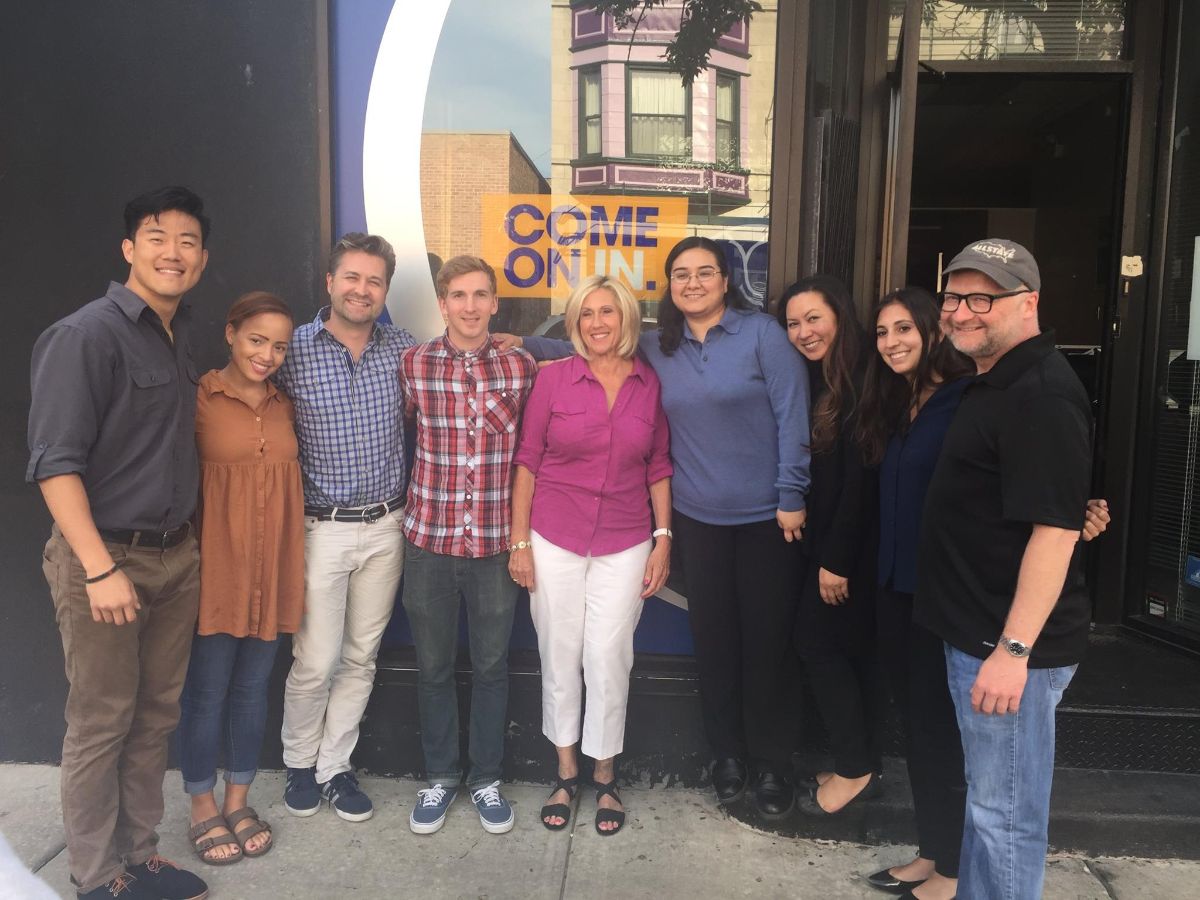 That’s wonderful. What leadership traits and characteristics do you have that you think have brought you up to owning your own agency?

Char: A lot of tenacity. It was also in a time when there were very few female insurance agents. When I was growing up, there was this term, “the insurance man is coming over,” so I wanted this space because I thought women could make excellent insurance agents, because we have a different type of personality and relate with people differently, you know, than men, perhaps. That’s one part of it.The other part is, financially, I was struggling with how I was going to buy the building, and I knocked down a lot of doors, I made a lot of contacts, but that was a struggle too that I even was able to buy that place because I didn’t have enough money to put down for commercial real estate. And I found, through somebody wonderful, a bank that believed in me. It was a bank of a small group, so it wasn’t like a chase or anything like that, and they made that dream come true for me.

You had briefly touched on societal expectations at the time of women in insurance. Did you encounter any unnecessary resistance, in regards to your gender, upon getting started in insurance?

Char: You know, so, being a female nobody in my company was extremely rude, but I didn’t feel welcome because that was a “man’s career”. I’m not knocking Allstate men, and I want to be clear on those lines; it was just at that time of life, that was not a career that women were in; unlike, let’s say many women became teachers and nurses, you know, that kind of thing.

What are some highlights of your tenure on the street that come to mind, from big events to small interactions with customers and fellow business owners? What are some stories or highlights?

Char: About 10 to 15 years ago, I pushed all Allstate marketing very hard to create brochures that looked more like what our neighborhood. Then I got involved with marketing to get brochures with same sex couples on them. We produced a brochure with two young guys for renter’s insurance and then we also produced another brochure that was two women on the front, and on the inside it showed them with a child and it talked about what kind of needs they might have for insurance.After that, in 2005, I was knocking on the door of one of the senior vice presidents at Allstate—whom I had a great relationship with—for about a year about putting a float in the pride parade. At first, we had a bus, but it was all decorated and people from corporate came to be in the parade. From that time on, we were in the parade each year with each senior vice president that got promoted followed along in suit. 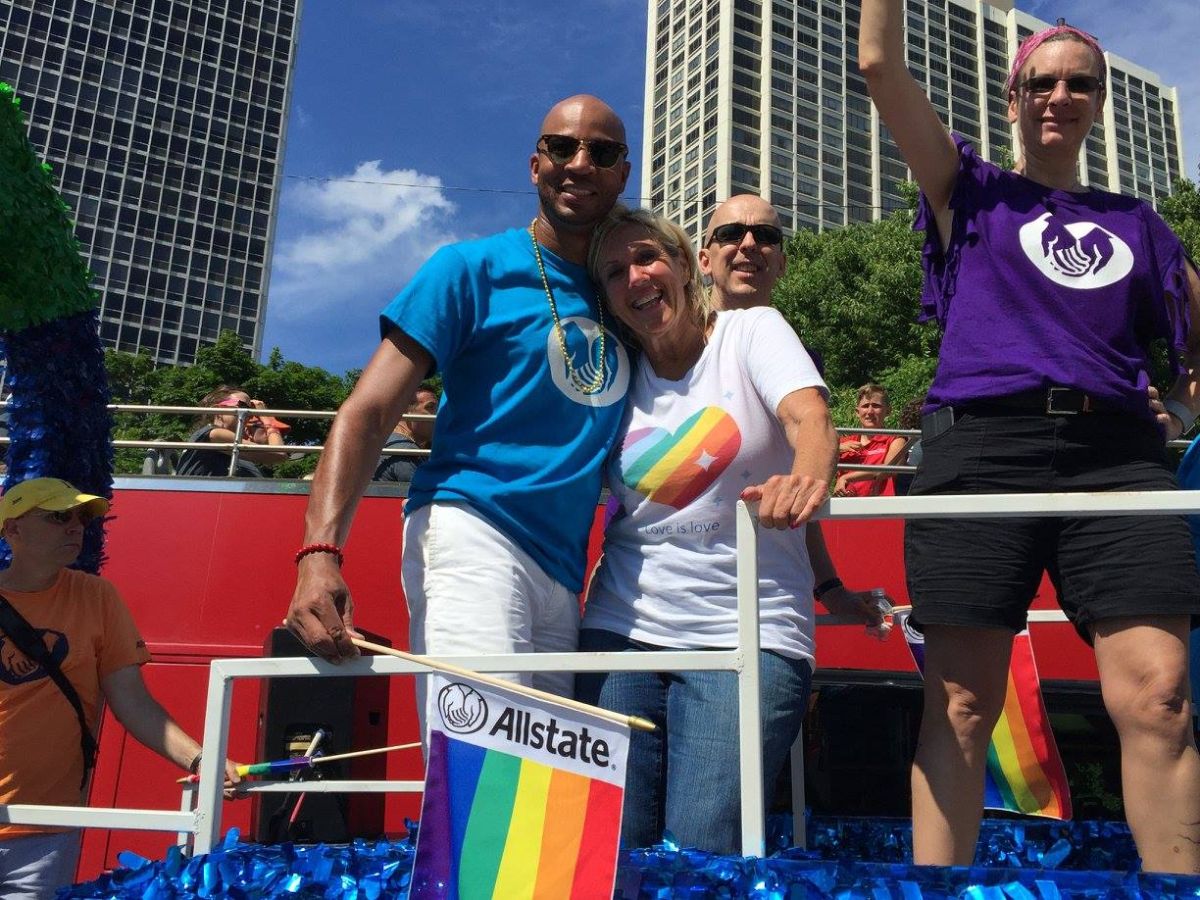 There was even a team created at our corporate office for gay and lesbian marketing. Instead of just a lot of people trying to throw the bus together, there was now a full blown team. Soon we actually didn’t have a bus anymore, we had our own actual float, and I was very proud to be on that float for fourteen years. I always feel that I bridged Allstate in the gay community together, and that’s something I’m very, very proud of.I proved a business case. I explained to them about the demographics. I had high up senior corporate people come down, take a ride through the neighborhood, see that there’s a gay dollar there that, you know, I made a business case. And later on when a million people would show up, I mean, just, it was just a very proud feeling.

Besides the parade, I was part of Market Days, for as long as I can remember. I’ve been a member since it was called the Northalsted Area Merchants Association to now the Northalsted Business Alliance. I attended all the events whatever there have been, fundraisers or annual holiday parties. I’m also a member of Gay and Lesbian Chamber of Commerce. Over time, I got the overwhelming support of the neighborhood. But, you know, I had already made a name for myself in the gay community as the place to go for insurance if you’re gay, because it hurt me that agents of all companies were turning people away. That was very difficult for me. I just couldn’t even understand it.

Going on into your future plans. I know that you’re leaving Allstate, but do you have any other business projects in the future or are you just planning to take it easy from here on out?

Char: I have to work. I’m a people person. That’s why I’m not calling this my retirement. I’m calling it my next chapter, there was definitely a next chapter for me; I don’t know what it is. No, no sitting around, definitely. I want to do something I enjoy, something around people, but I have to be helping. Looking forward I want to continue with volunteering, and also find a job where I have passion and I’m working to help people because that’s what I like to do. 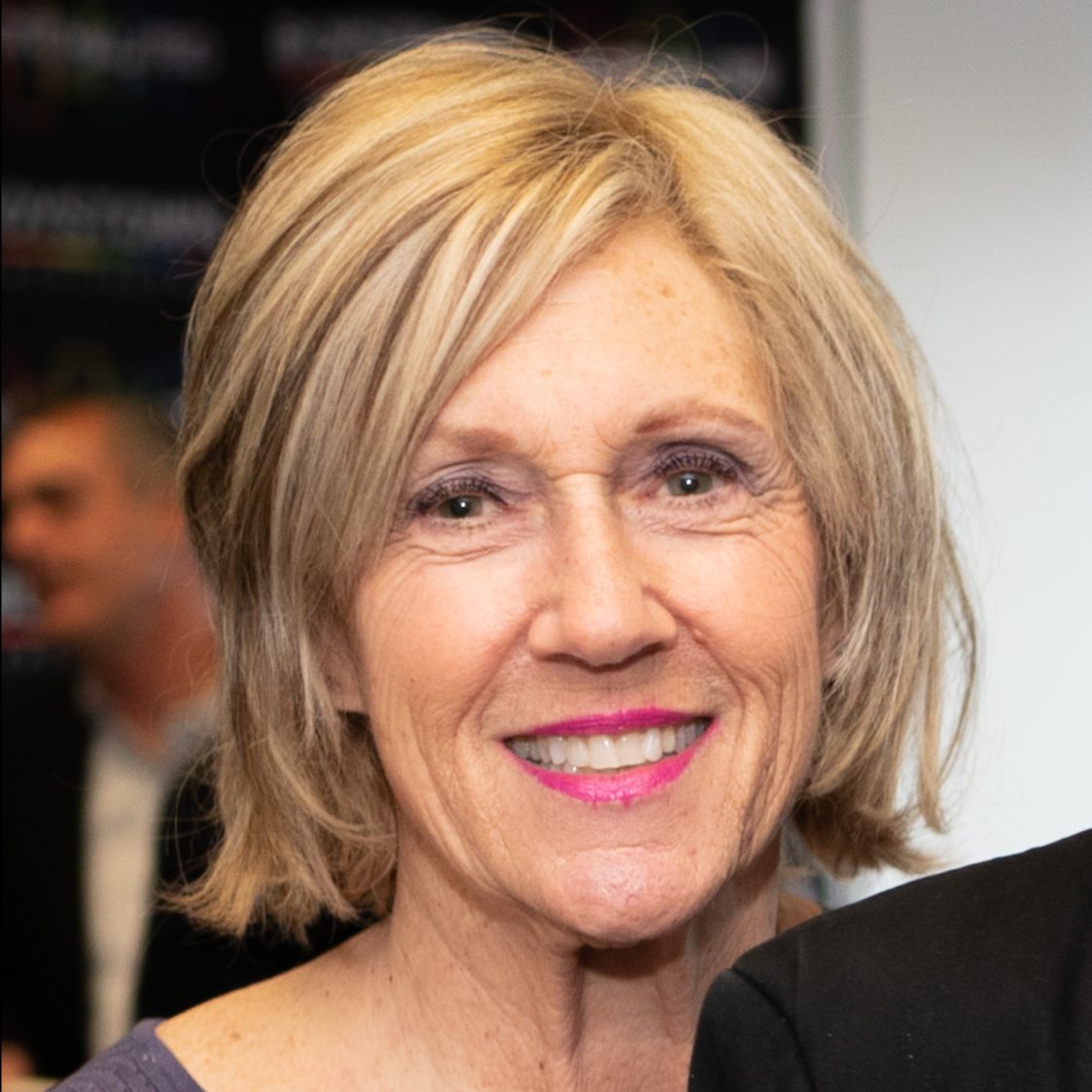 I have been an active member of The Night Ministry, [a charity for the homeless or those in poverty]. Allstate has a program where you can apply for money for a 5013c3 non-profit and I’d always use mine for The Night Ministry. I gathered other agents and say “hey, did do anything with your allotment this year,” they’d say “no” and I’d ask them to come to my yearly event, and then I’d get their money for The Night Ministry. They has this particular shelter where it was for 18 to 22-23, where those in it were living on their own for the first time and had to learn how to cook, do laundry, and they needed to get beds. Each year, I raise about $10,000, and then come back the following year and I get to see the things that they use the money for. Because being a 5013c, what they could buy for $10,000 is lots more than what you or I could buy for $10,000. So I will continue to volunteer at The Night Ministry.

As Northalsted’s first prominent female business leader, do you have any final comments that you would say to any other young aspiring business women?

Do you have any other things that you would like to say to the readers?

Char: I’d like to thank my fellow business owners for supporting me. To the gay community, to the Northalsted Business Alliance, to the Gay and Lesbian Chamber of Commerce, thank you so much for supporting me and allowing me to have 31 wonderful years. 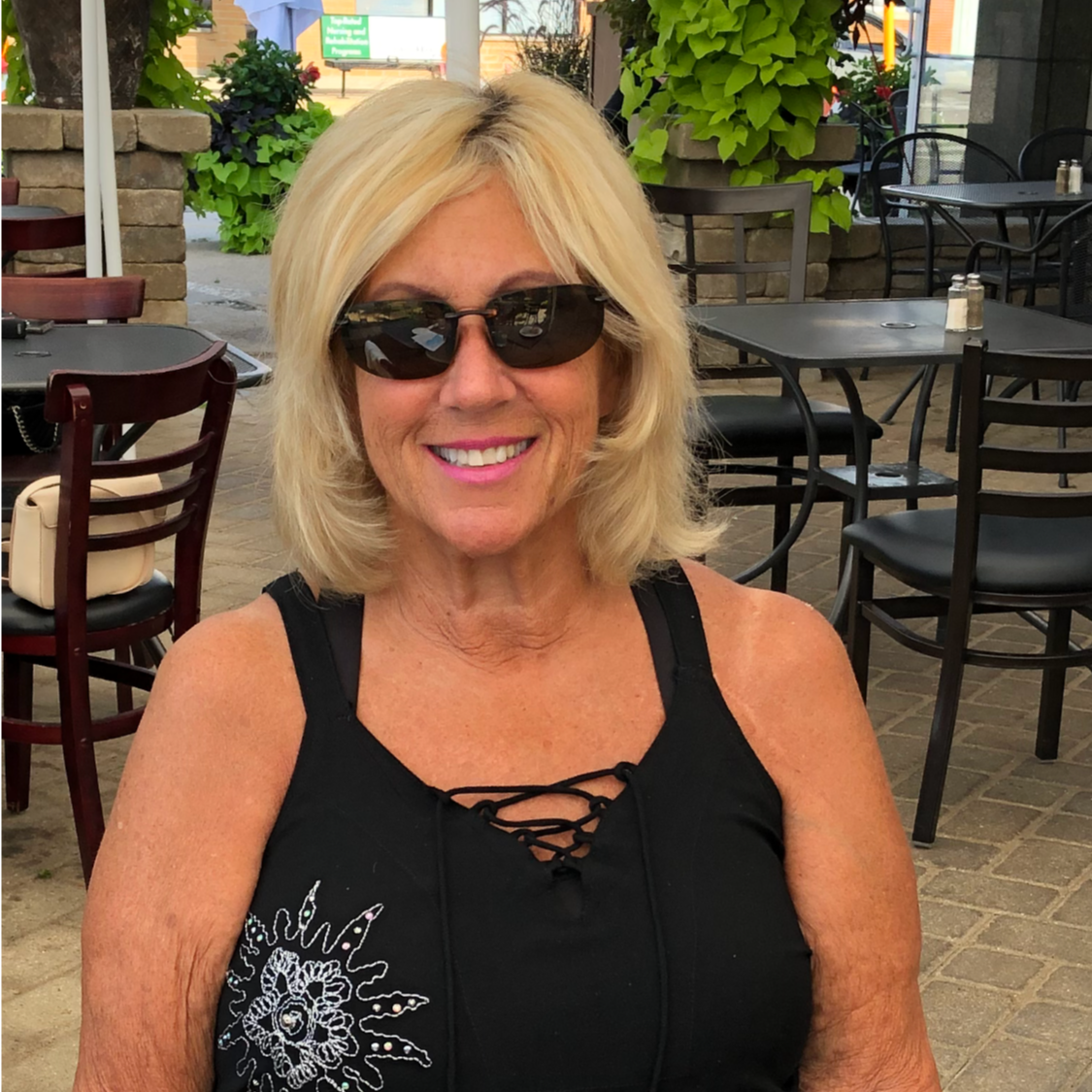 Northalsted Business Alliance thanks Char Schoenbach for everything she has done for our community over the years.

Looking toward the future, Steve Rosenberg will be the new owner of Allstate, so take a moment to stop into 3322 N Halsted St and welcome him to Chicago’s Proudest Neighborhood. 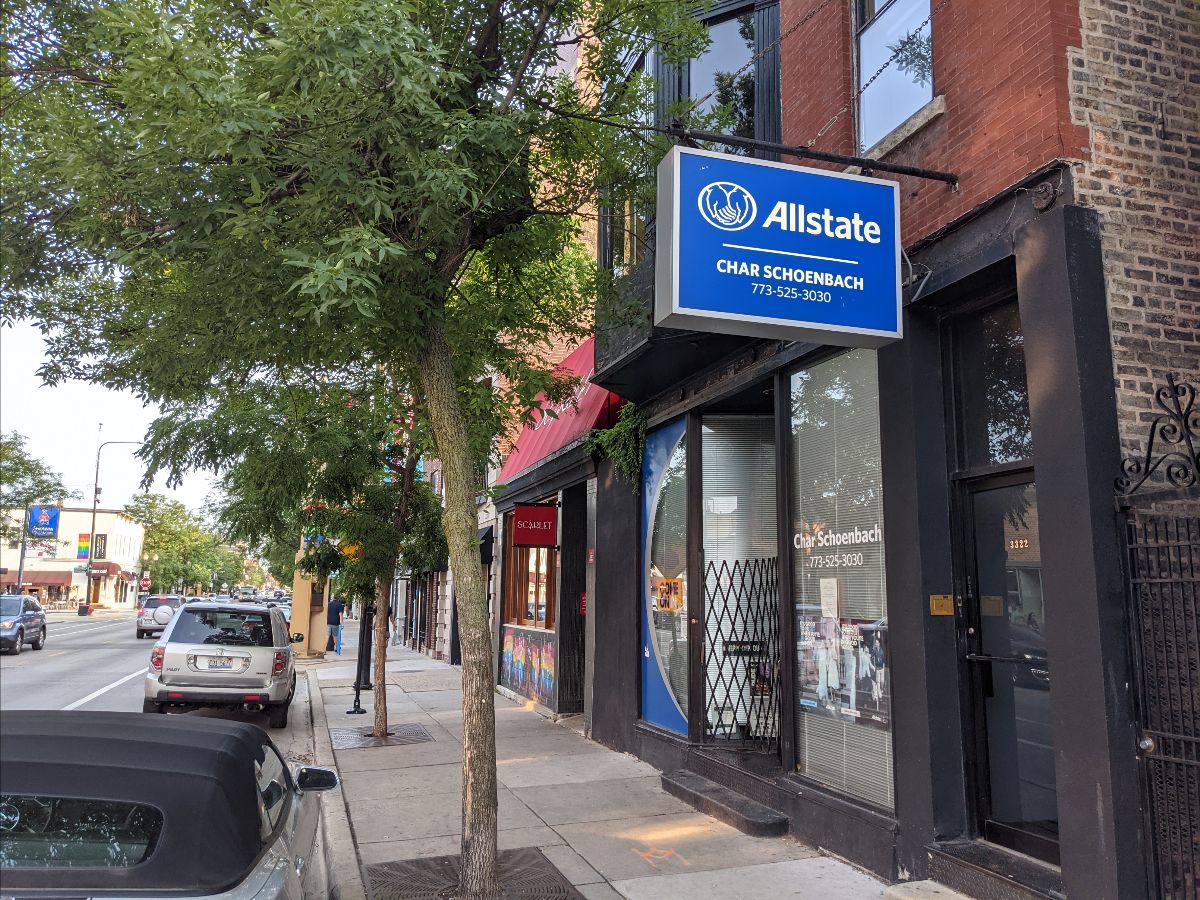