This Week In Boystown: Official Landmark! CBS2 Chicago – “The Chicago City Council on Wednesday officially designated the rainbow pylons and Legacy Walk on the Boystown strip of North Halsted Street as a landmark.

The designation was part of a package of legislation that had been advanced by the Zoning and Landmarks Committee, chaired by Ald. Tom Tunney (44th).

Tunney was joined by LGBTQ activists Victor Salvo, Lori Cannon and Rick Garcia for the designation.

“I wanted to say the designation will make the Legacy Walk and the rainbow pylon streetscape the only multi-acre site in the world to be declared a landmark because of its importance to the LGBT people,” Tunney said at the City Council meeting Wednesday.

Ten pairs of 25-foot pylons featuring the rainbow Pride flag colors stand along Halsted Street between Belmont Avenue and Grace Street. Each pylon has a bronze memorial plaque that commemorates the legacy of notable LGBT individuals and groups.” 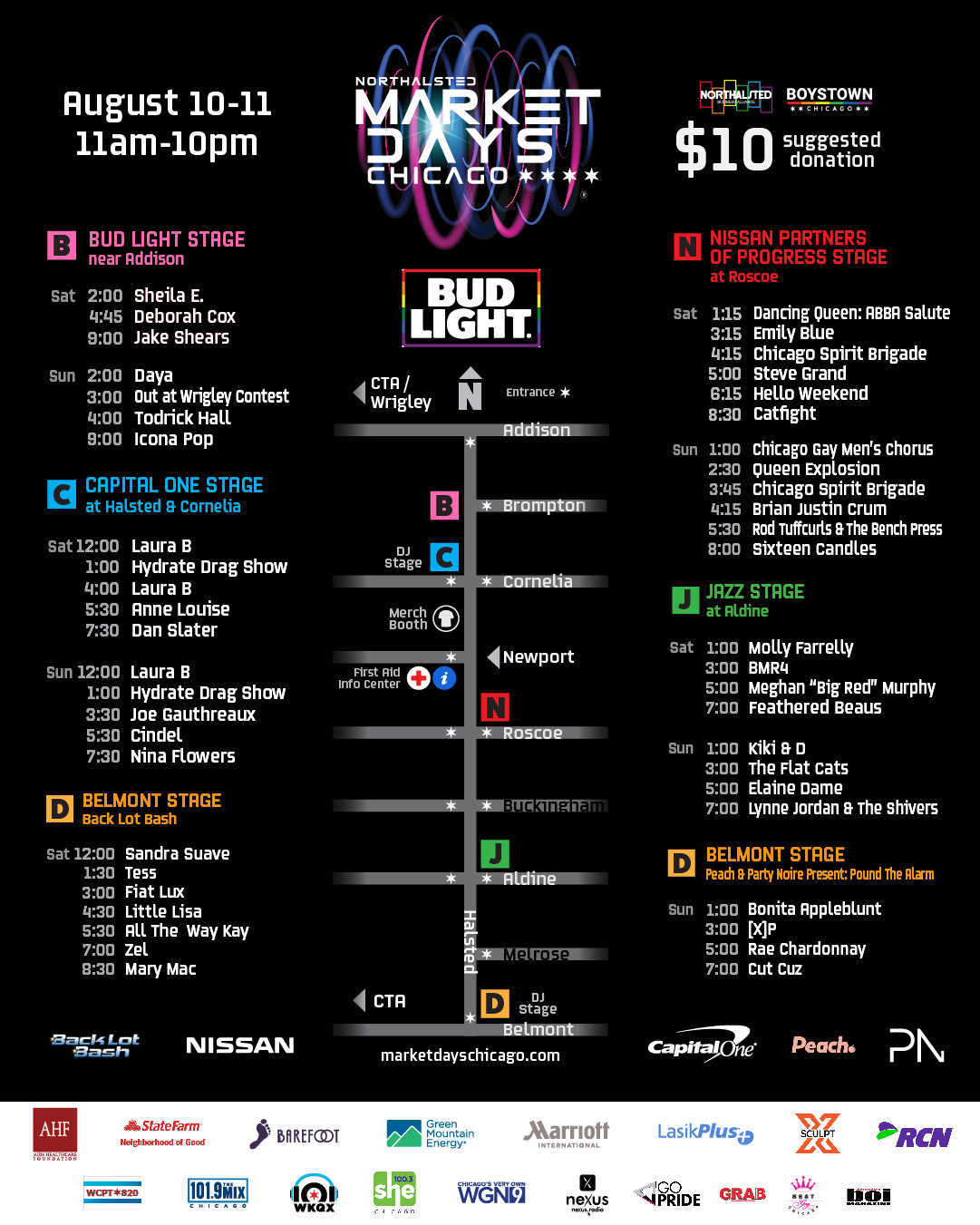 Northalsted Market Days® is the largest street festival in the Midwest and Chicago’s hottest summer celebration. It features an all day lineup of live music, people, 200+ vendors, arts, crafts, food and drink, DJs and dancing, and more!

Your $10 suggested donation goes to support community improvement projects like the Chicago Rainbow Pride Crosswalks, the longest Pride crosswalkinstallation in the world!

See marketdayschicago.com for the latest info! 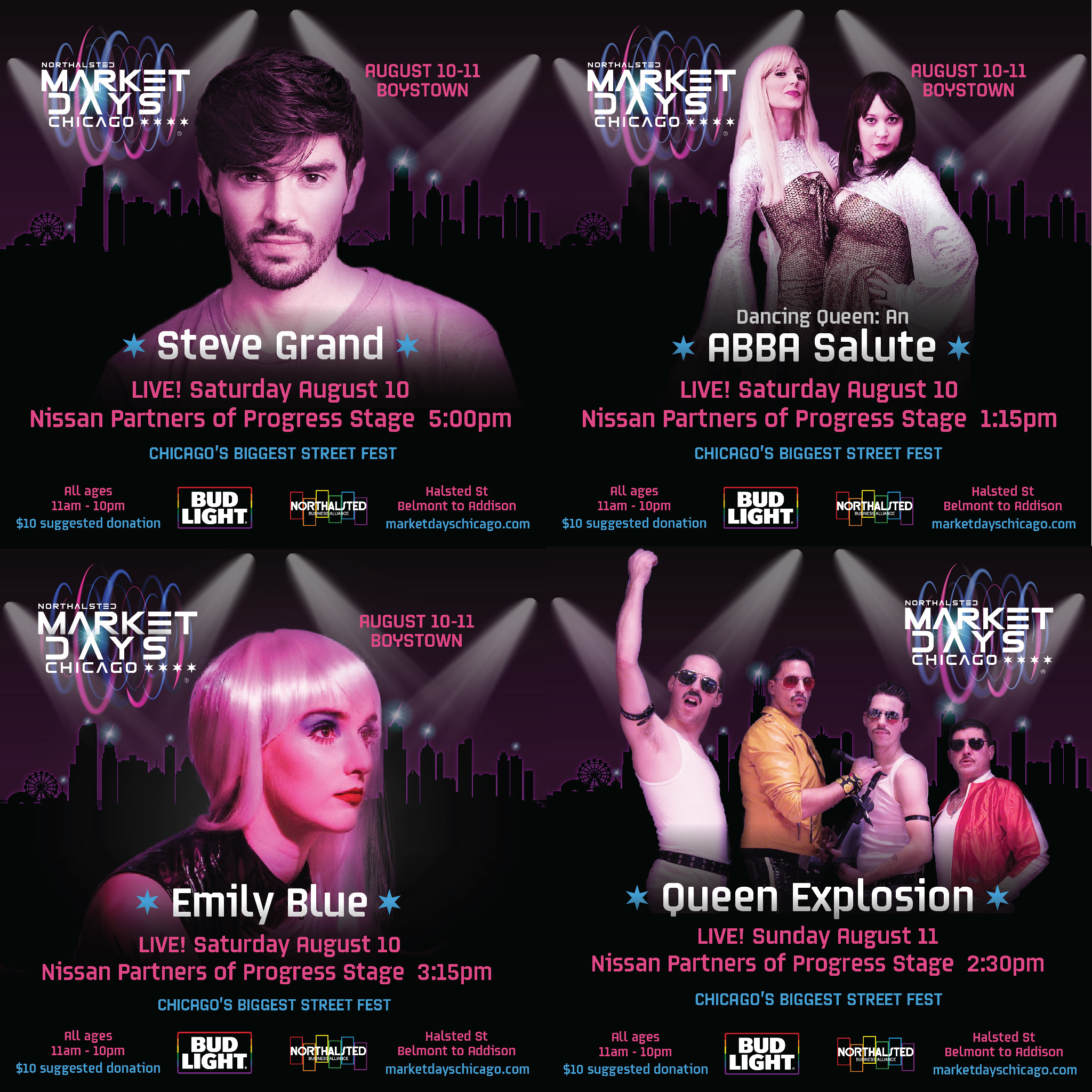 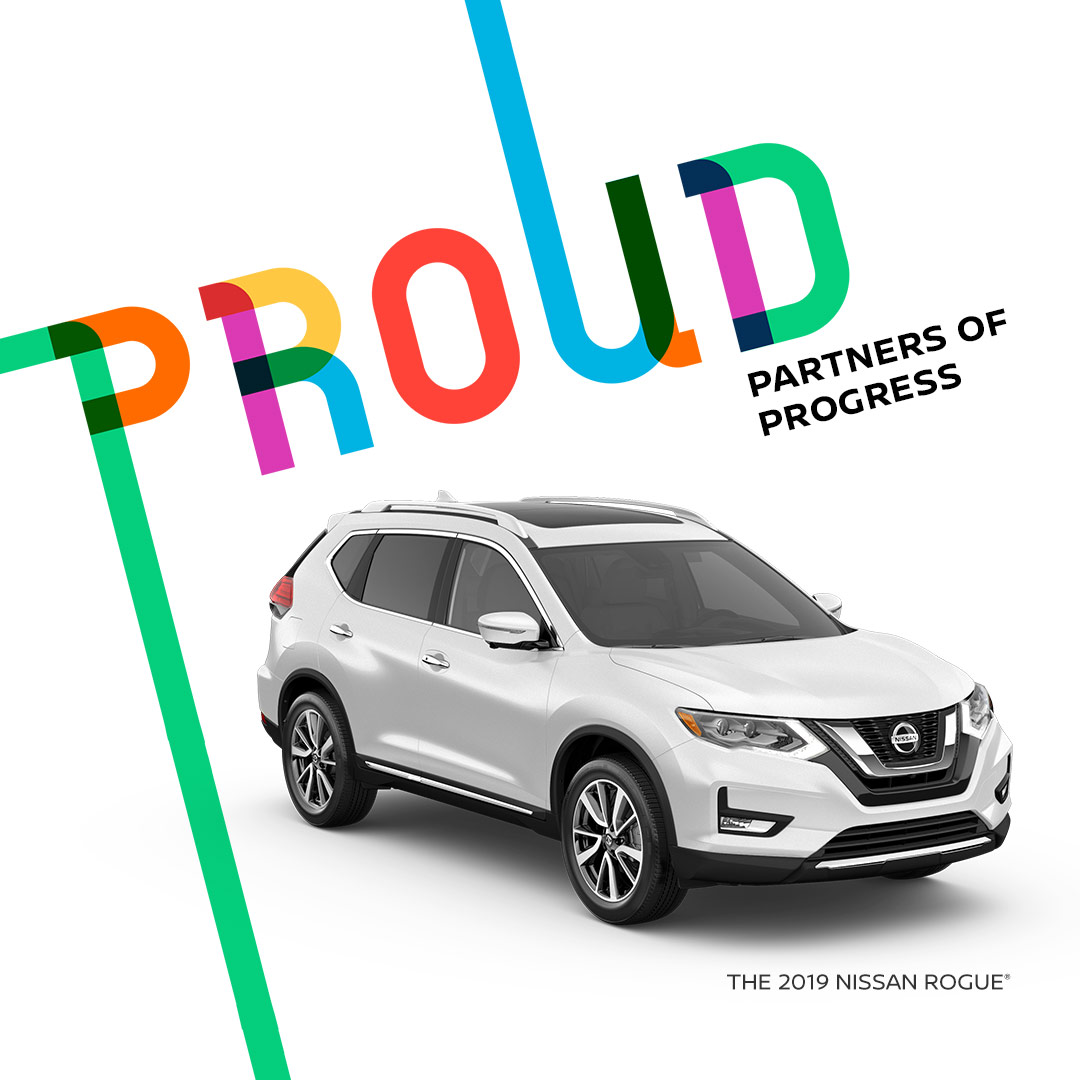 A proud sponsor of Northalsted Market Days.
Together, we move forward. #NissanDiversity
Learn More at http://nissanusa.com/pride

Support Safer Schools For All with State Farm® and GLSEN®

State Farm takes pride in giving back. That’s why we’ve teamed up with GLSEN to help create safer, more inclusive schools for all.

Stop by our mosaic wall at Northalsted Market Days to share an empowering quote and show your support for LGBTQ youth. 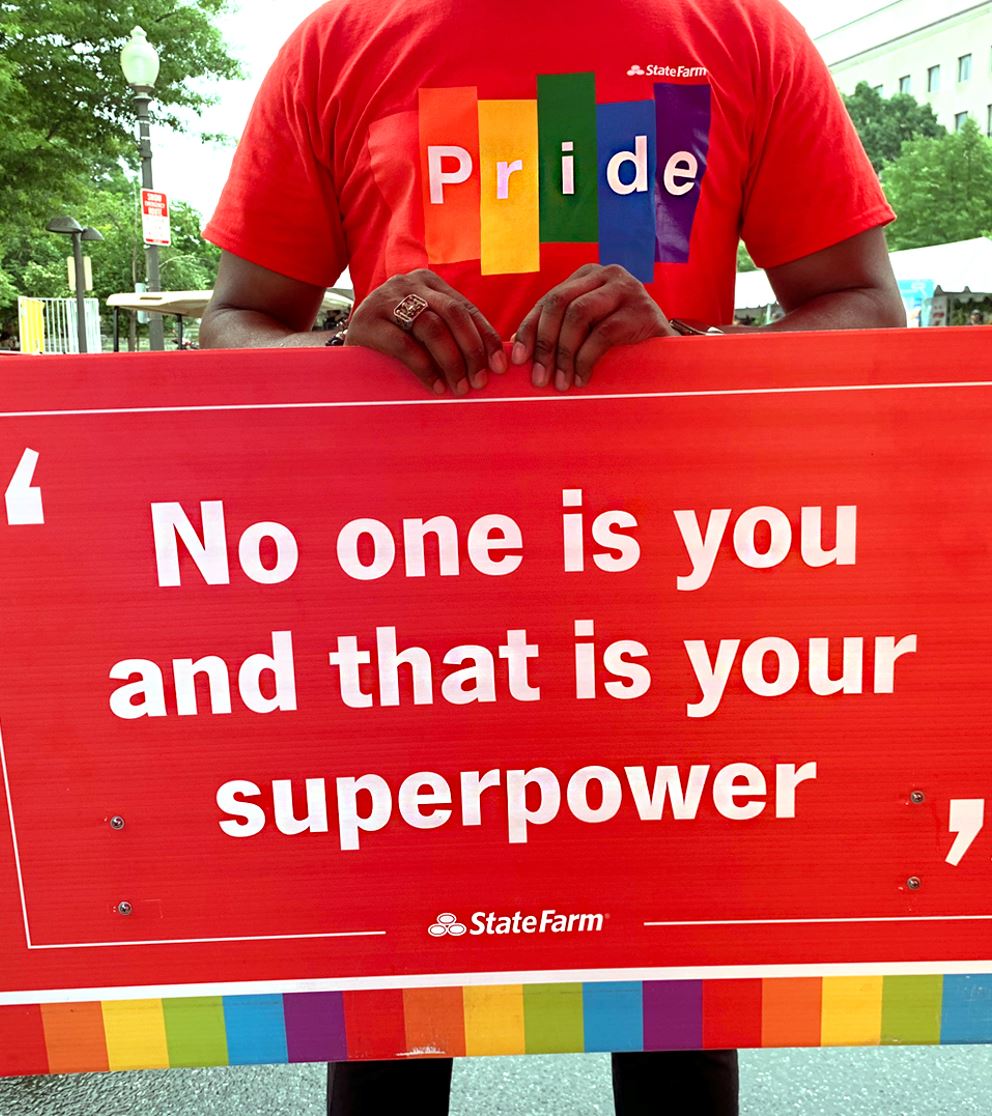 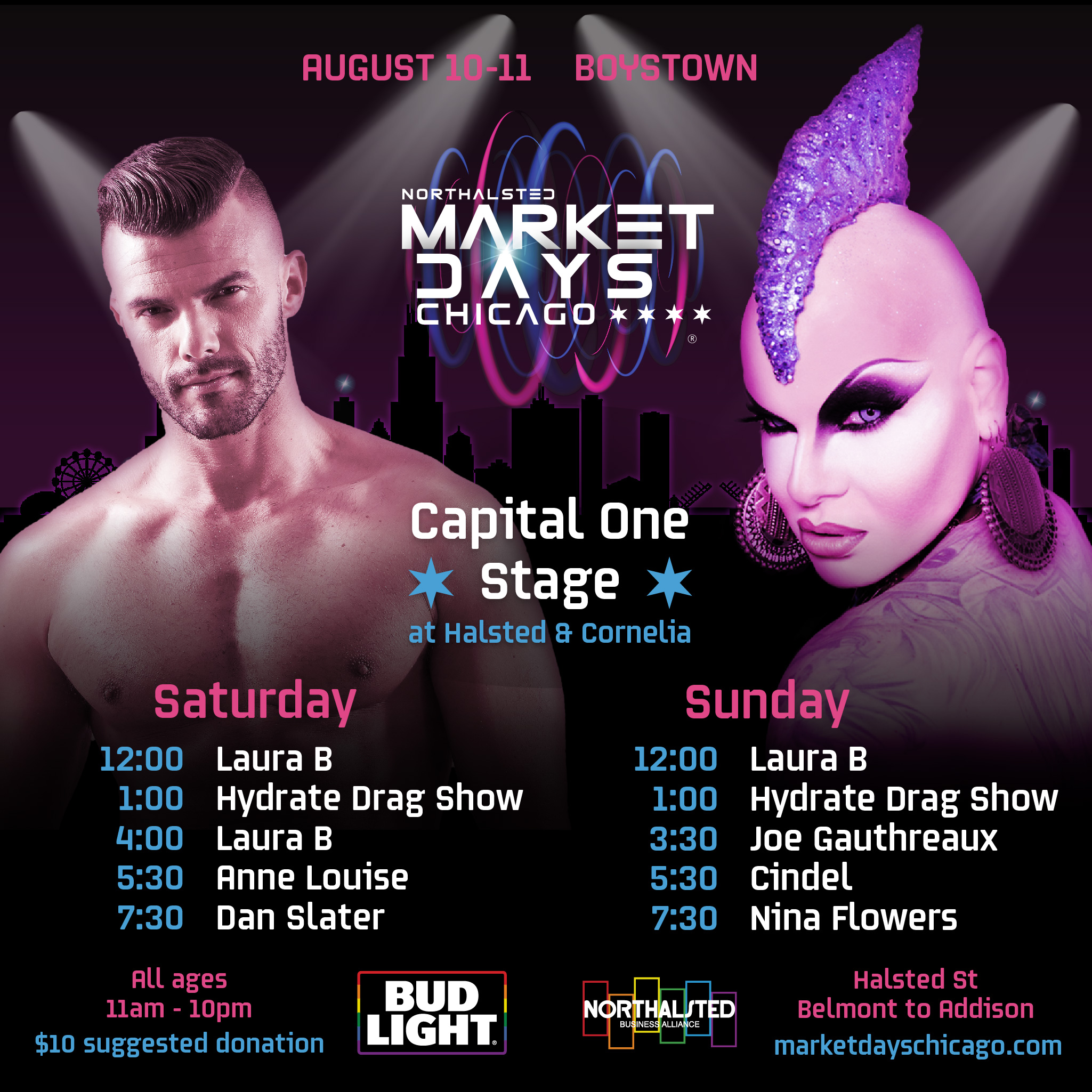 Earlier this week, the Northalsted Business Alliance, in conjunction with the Aids Foundation of Chicago (AFC) and Drew’s on Halsted, hosted their Lunch & Learn Workshop. It focused on using Facebook’s paid promotional tools and developing a strategy for a more impactful Facebook page.

Featured speakers D’Ontace Keyes and Brian Solem, both from the AFC communications team, lead an informative presentation. The members in attendance were engaged by asking lots of questions. 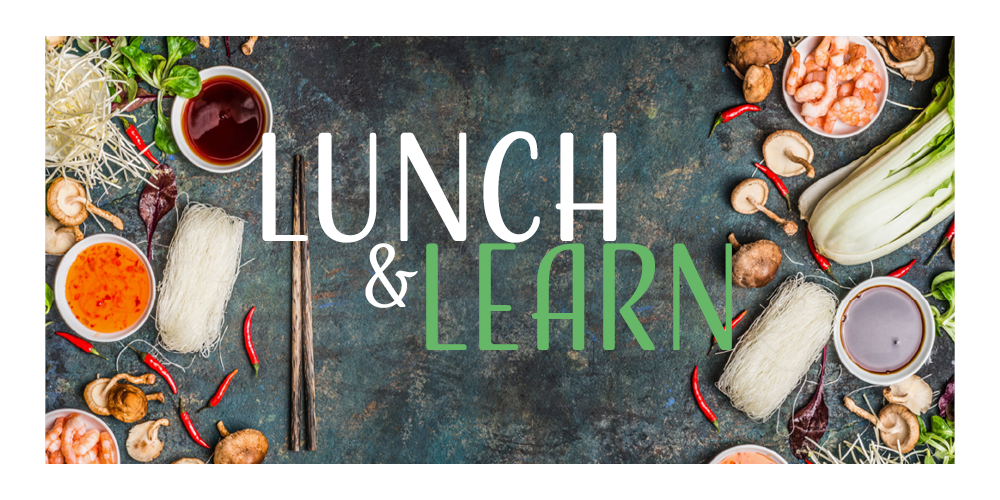 A light lunch was served by the Drew’s on Halsted restaurant. The menu featured a choice of grilled veggie, turkey, and ham sandwiches on rustic baguettes, with sides of homemade coleslaw and a field green salad with a champagne shallot vinaigrette. The dessert was a delightful bread pudding.

With the success of the Lunch & Learn “How to Slay Your Social Media” workshop, the Northalsted Business Alliance aims to knock the next Lunch & Learn Workshop even further out of the park! 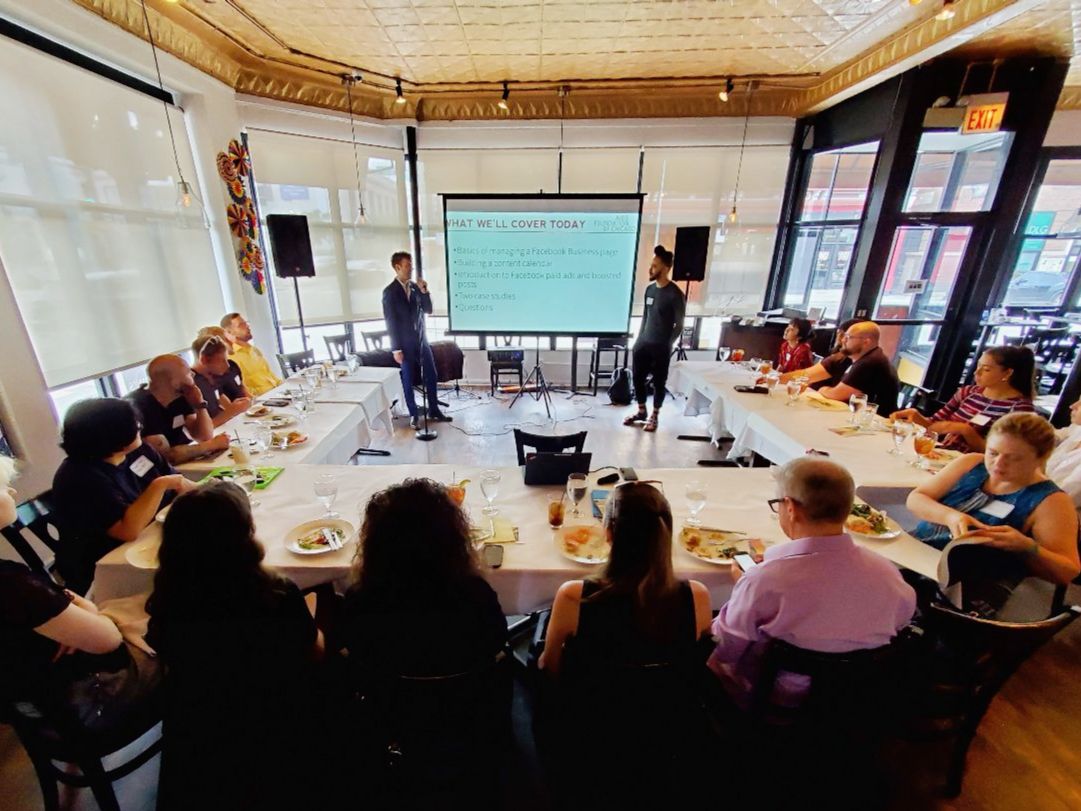 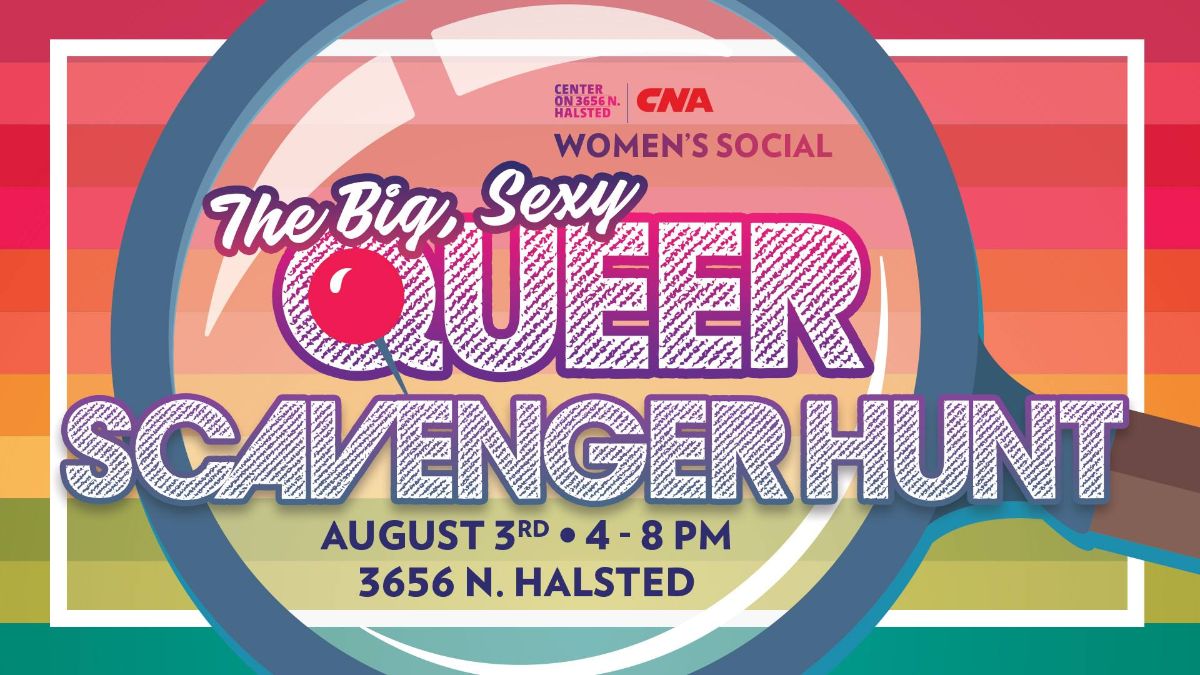 The Big, Sexy QUEER Scavenger Hunt
On the Prowl for Fun? Pounce on this Event!

The Center on Halsted is taking the streets of Lakeview for a big, sexy, QUEER scavenger hunt! This even is taking palace on Saturday, August 3rd from 4-8pm where we’ll connect, explore and hunt for all of Lakeview’s jewels.

We will be starting at the Center on Halsted in John Barron Hall for a one hour mix and mingle. Take this time to find your teammates and gather some instructions for The Hunt!

Cell Block has pledged to raise $10,000 for Center on Halsted’s 2019 AIDS Run & Walk team. We’re kicking off a summer of fundraising by celebrating Blanche, Dorothy, Rose, and Sophia with you.

Join us for a night of Golden Girls games, mini trivia rounds, raffles, sing-alongs, photos, and prizes with a few special guests dropping in. All the money we raise from the games and donations will go directly to our AIDS Run & Walk fund. 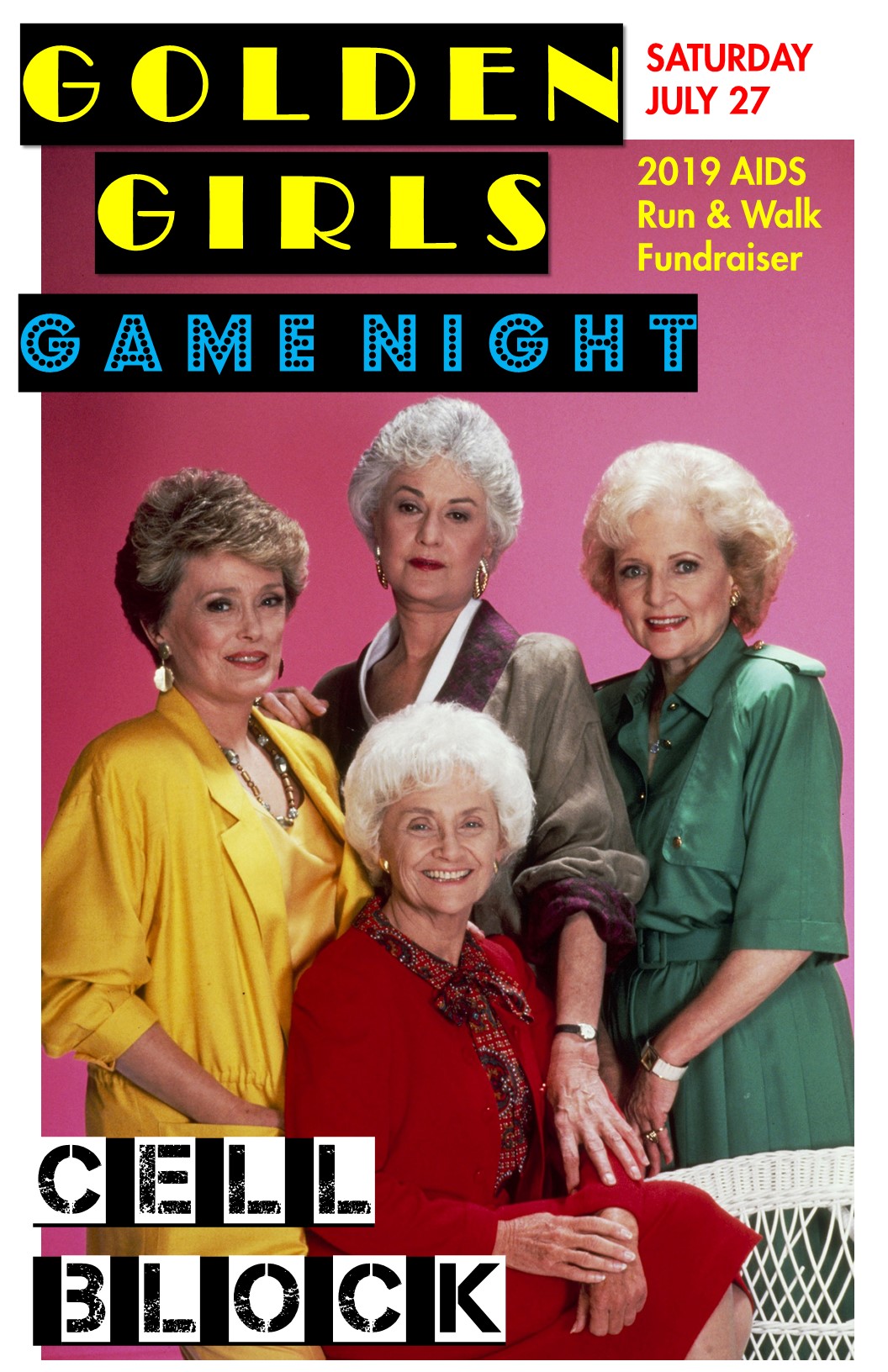 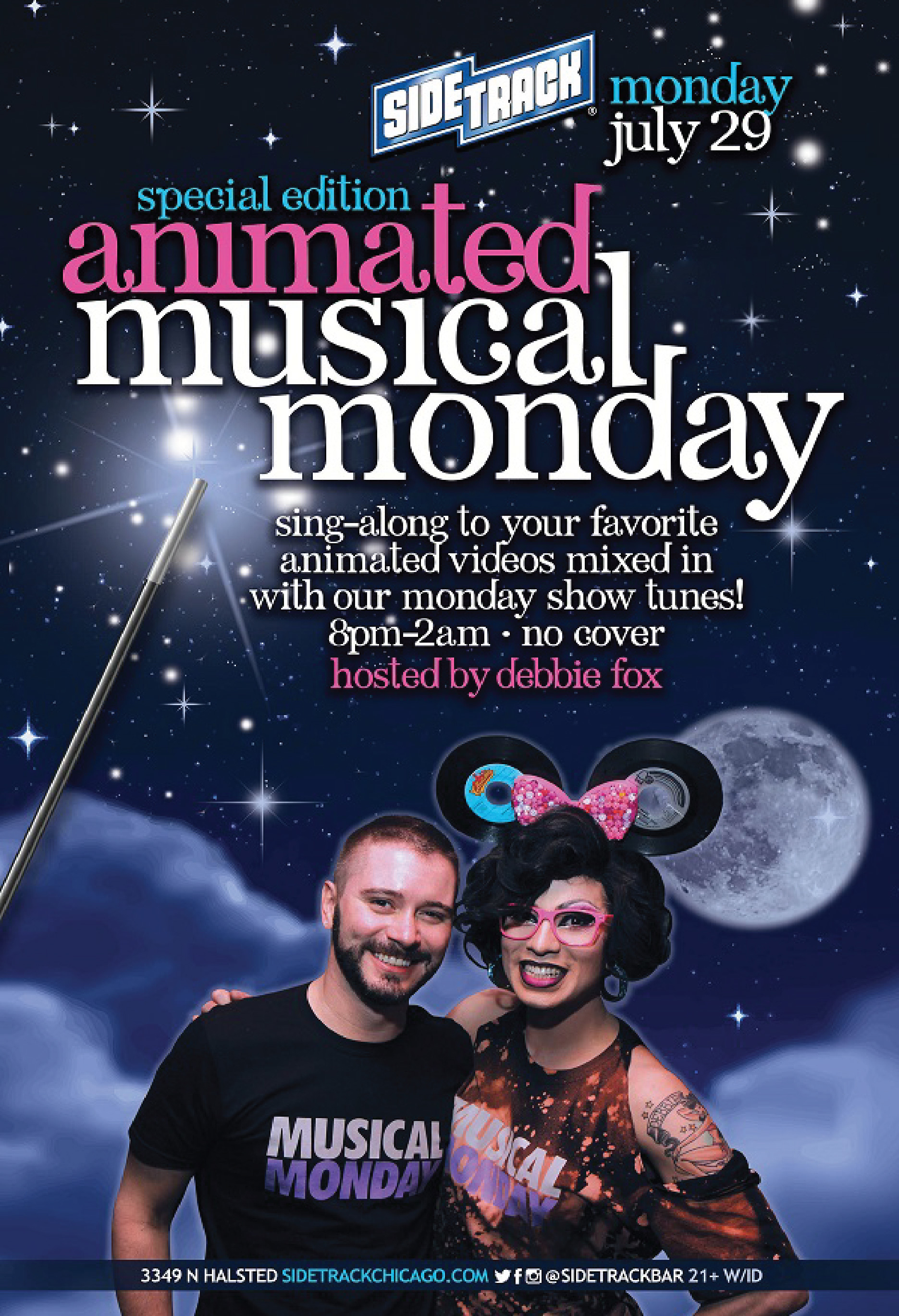 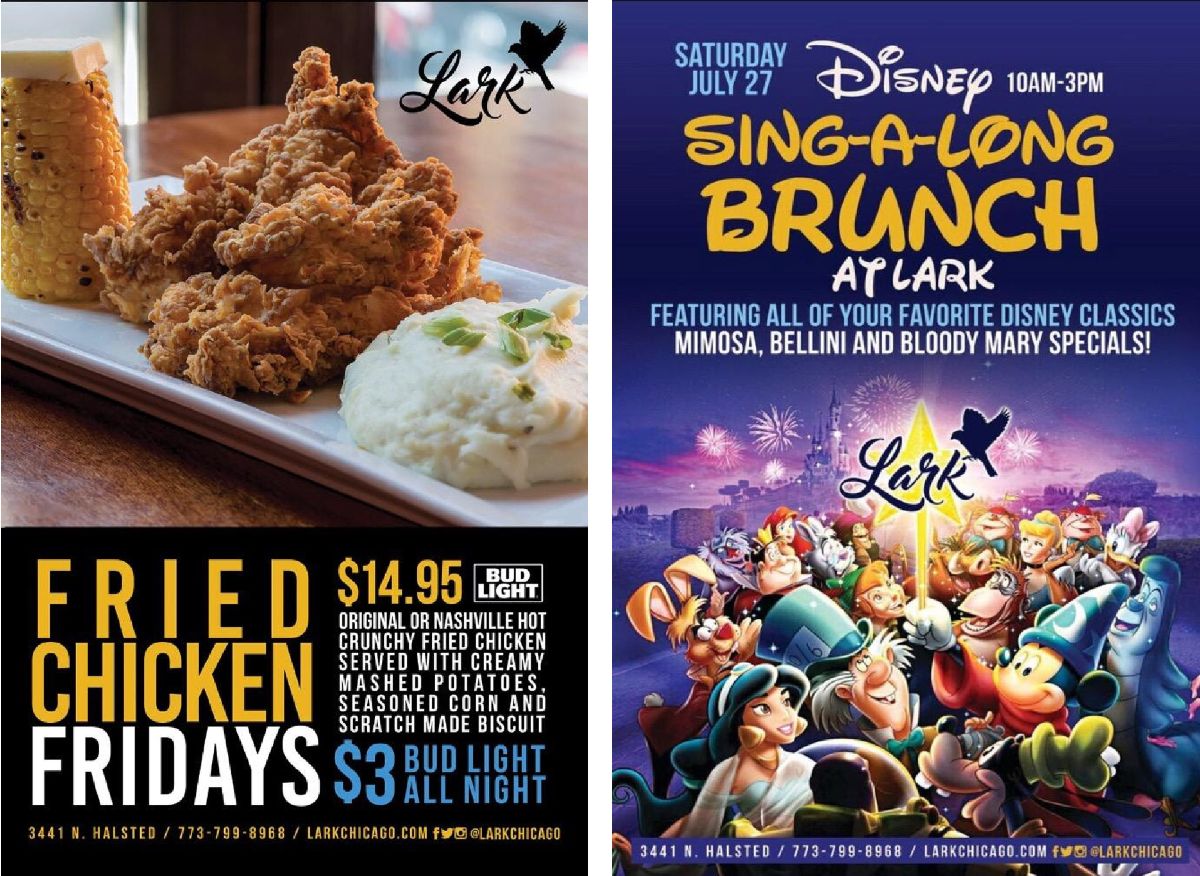 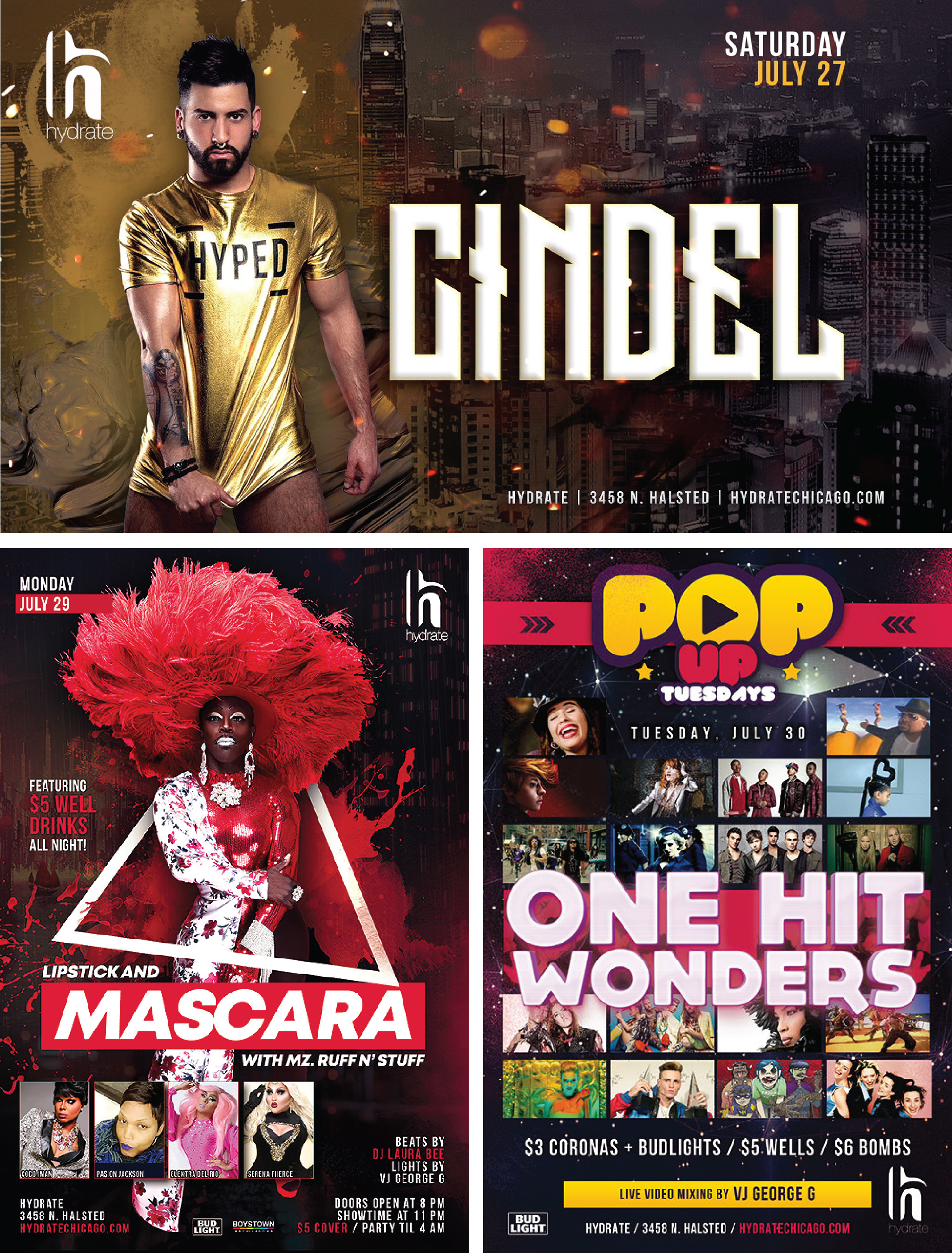 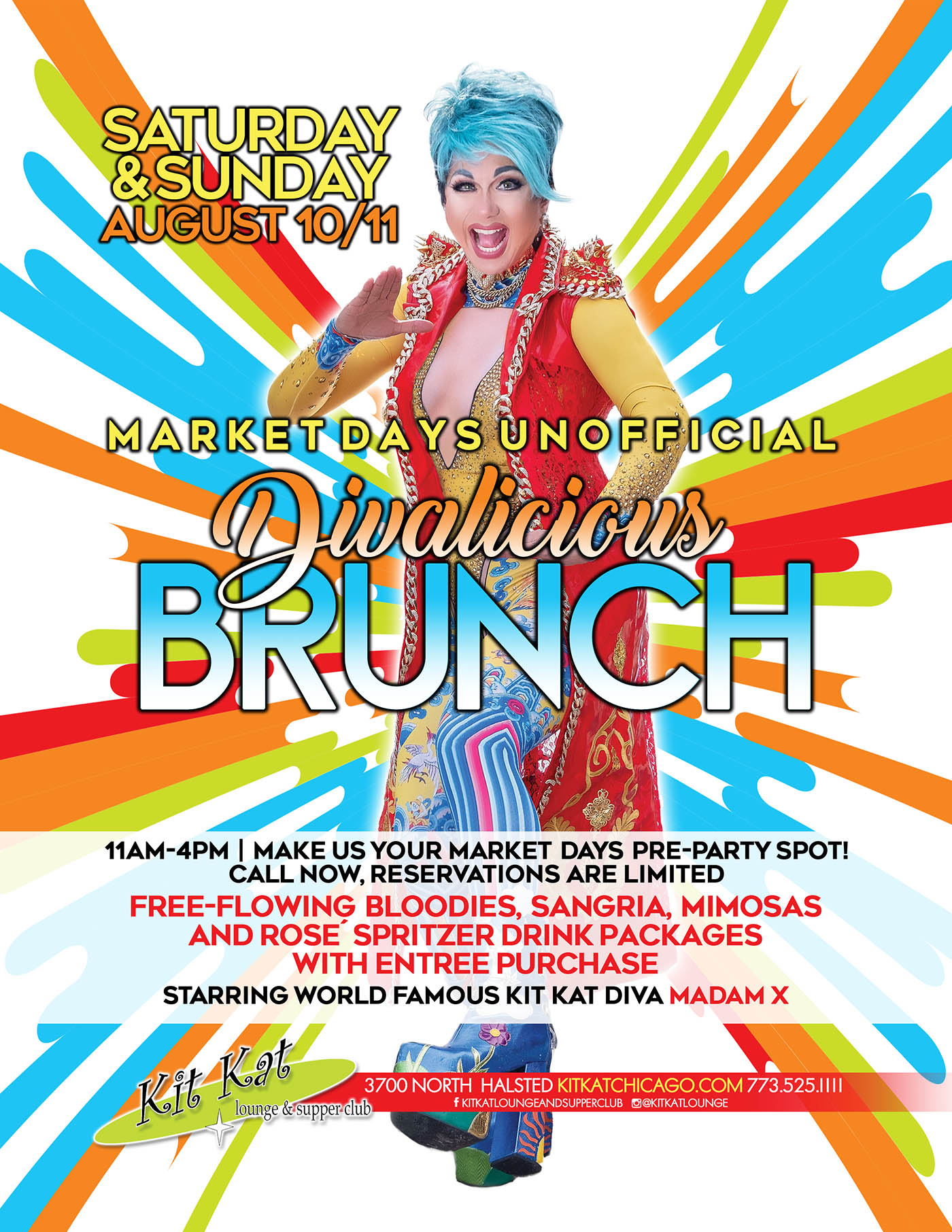 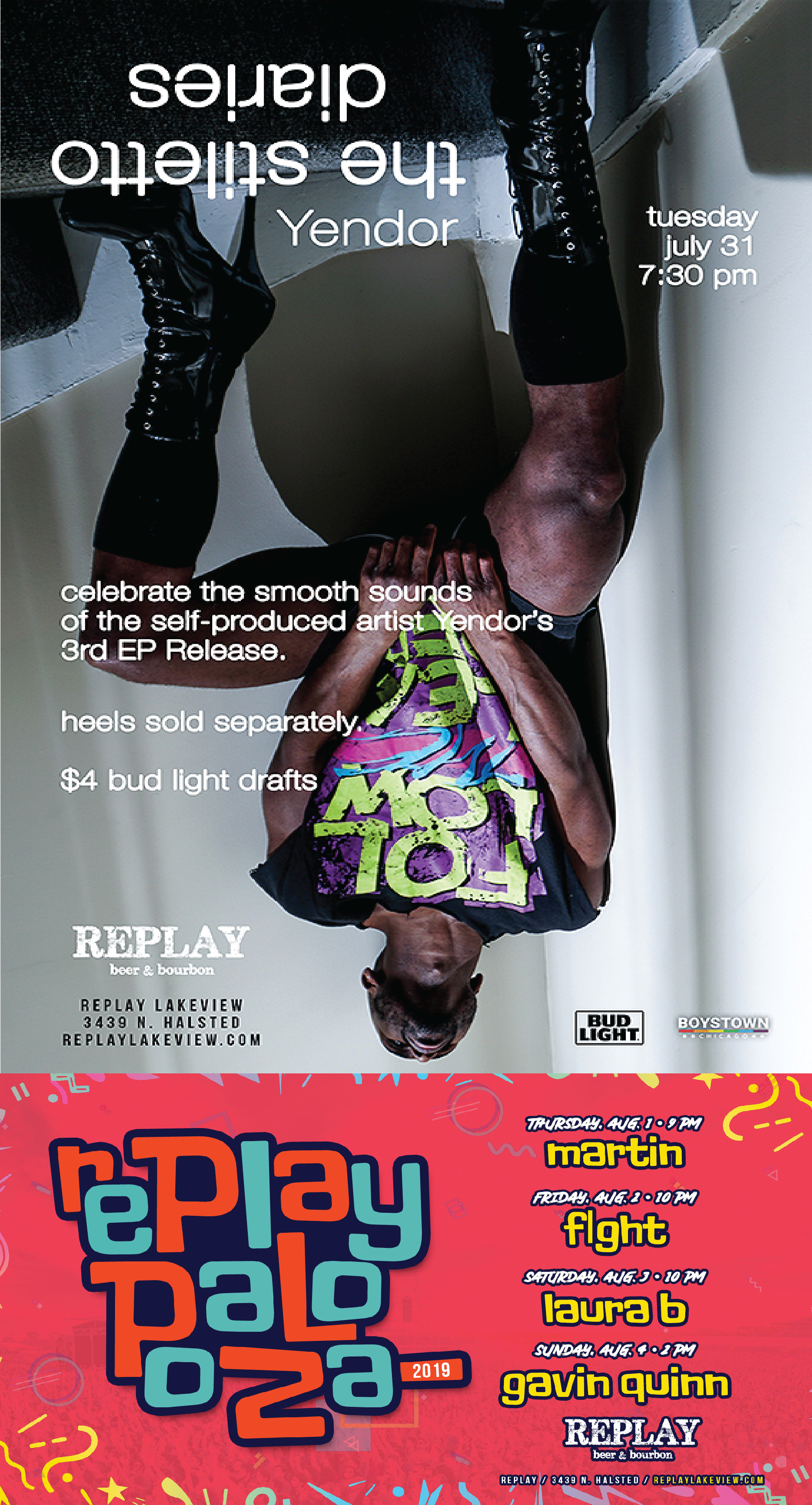 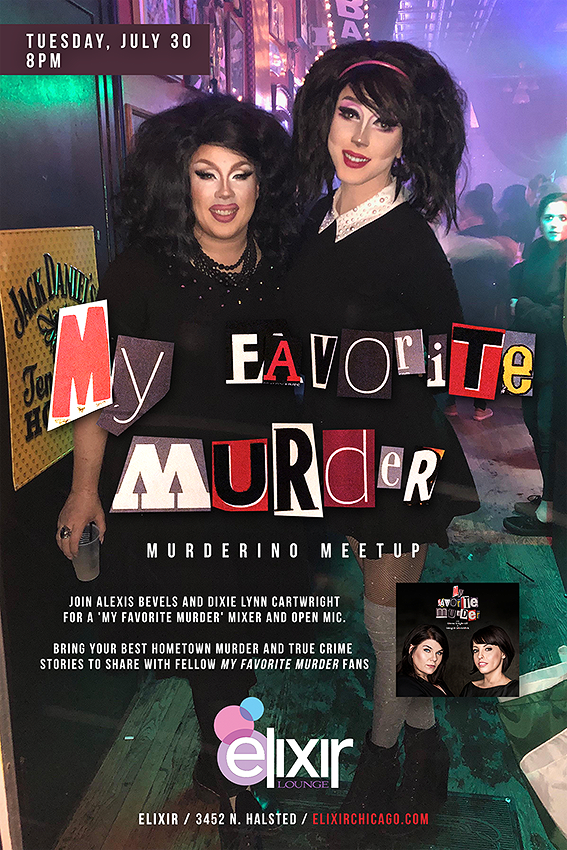 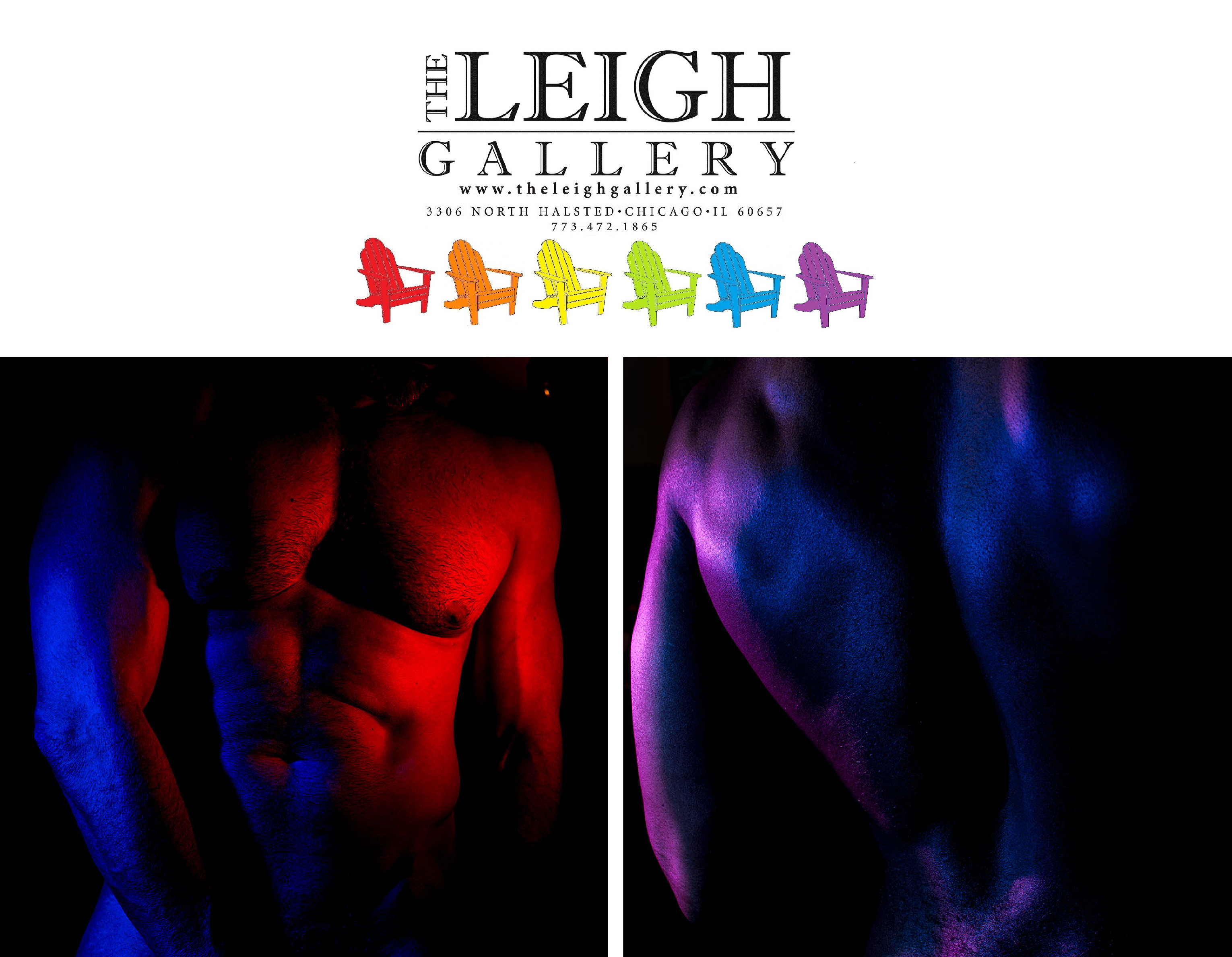 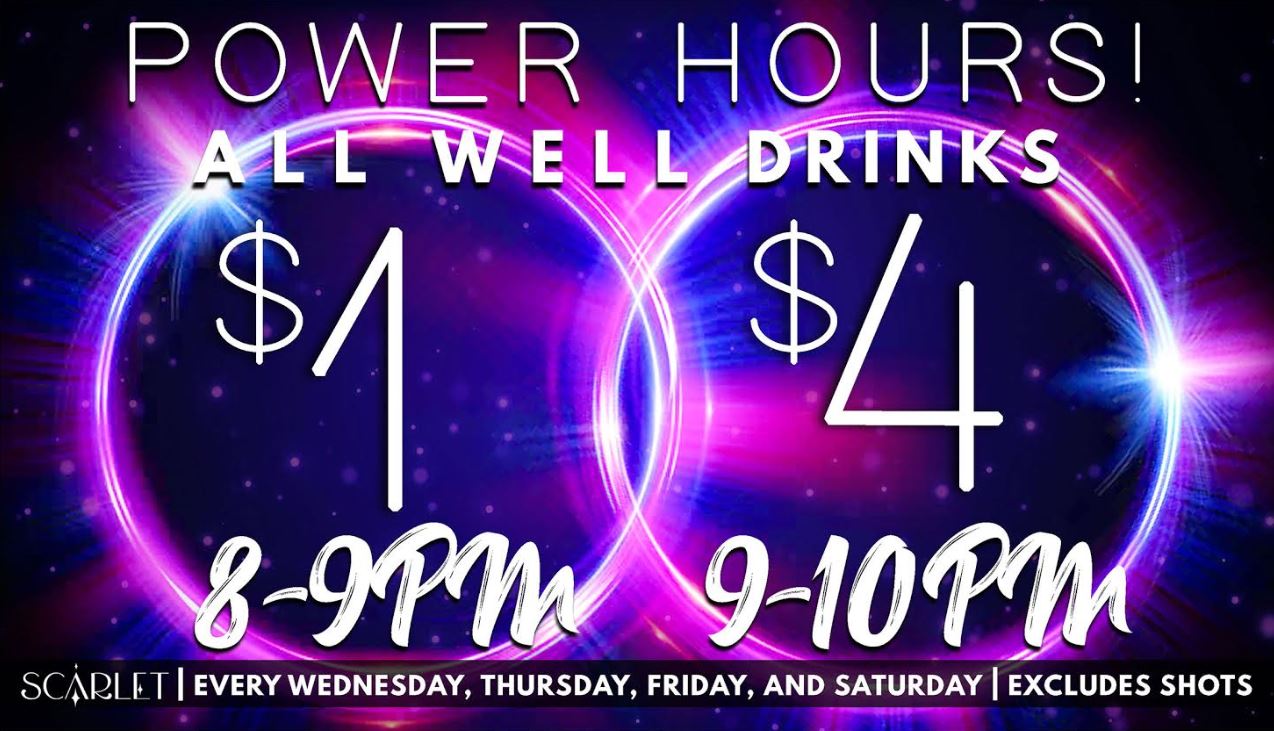 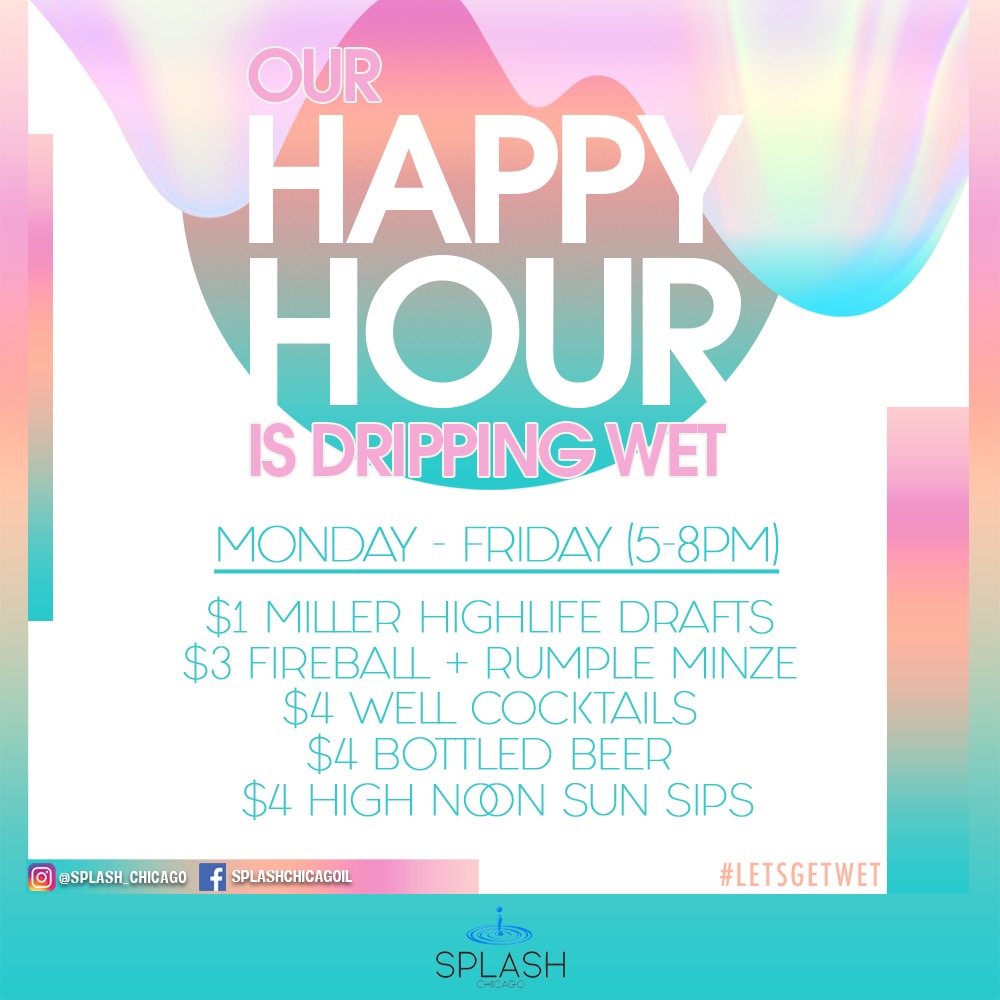 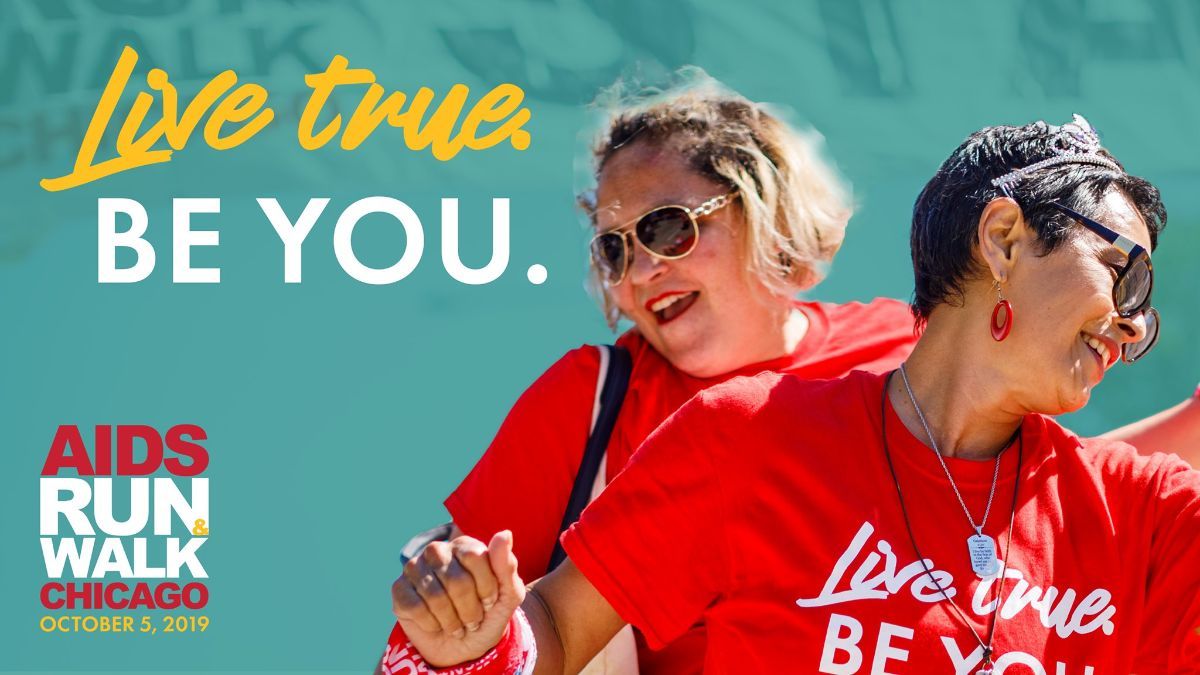 AIDS Run & Walk Chicago 2019
Fighting for the Community, One Step at a Time

Since its inception in 2001, more than 20,000 participants have converged to get moving against HIV/AIDS, raising $5 million to battle the HIV epidemic. Held at Soldier Field, AIDS Run & Walk Chicago will raise awareness and funds for the AIDS Foundation of Chicago (AFC) and 30+ CommunityDirect partners, with proceeds directly benefiting programs and services improving the lives of Chicagoans living with and vulnerable to HIV. Together, we can end the HIV epidemic in Illinois by 2030.

Out In The Park 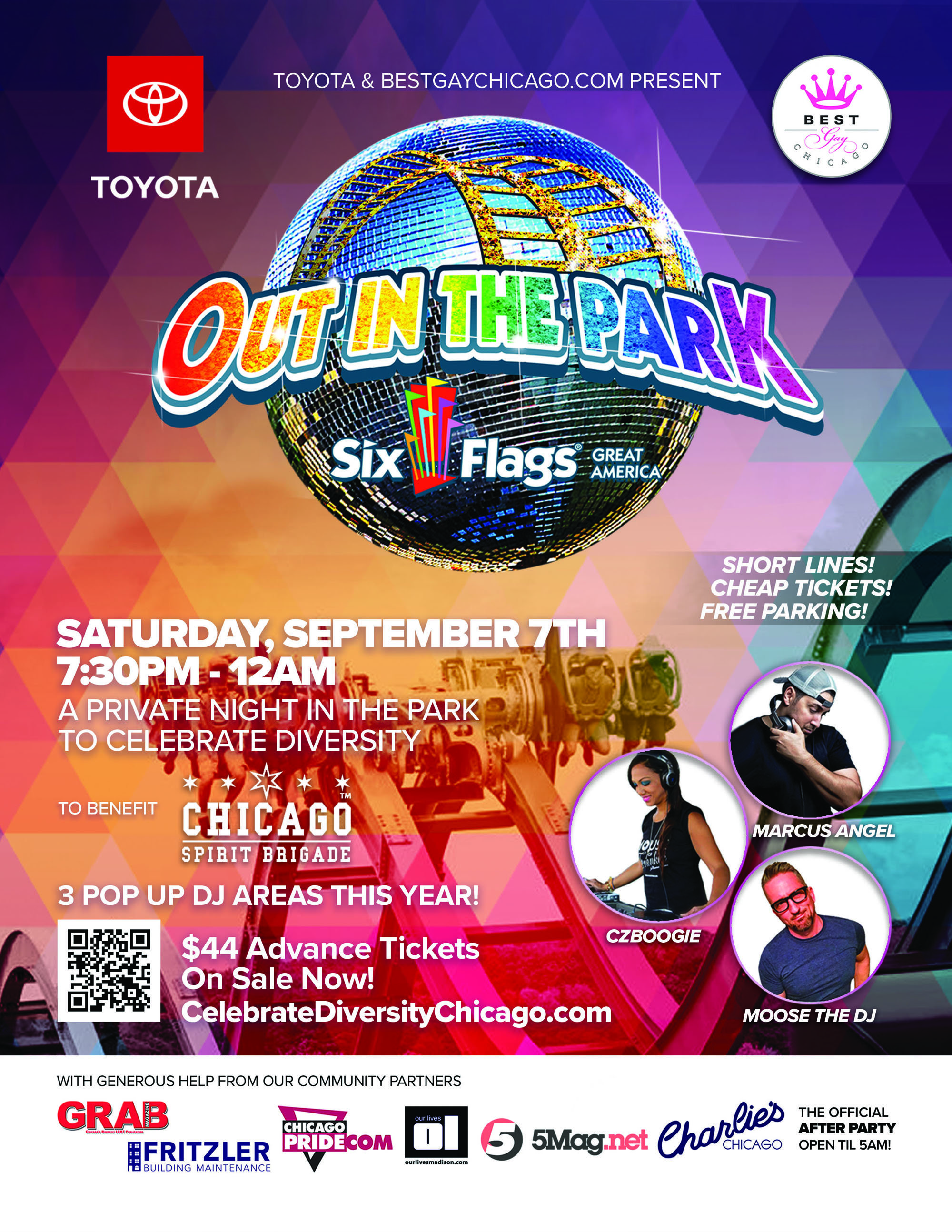 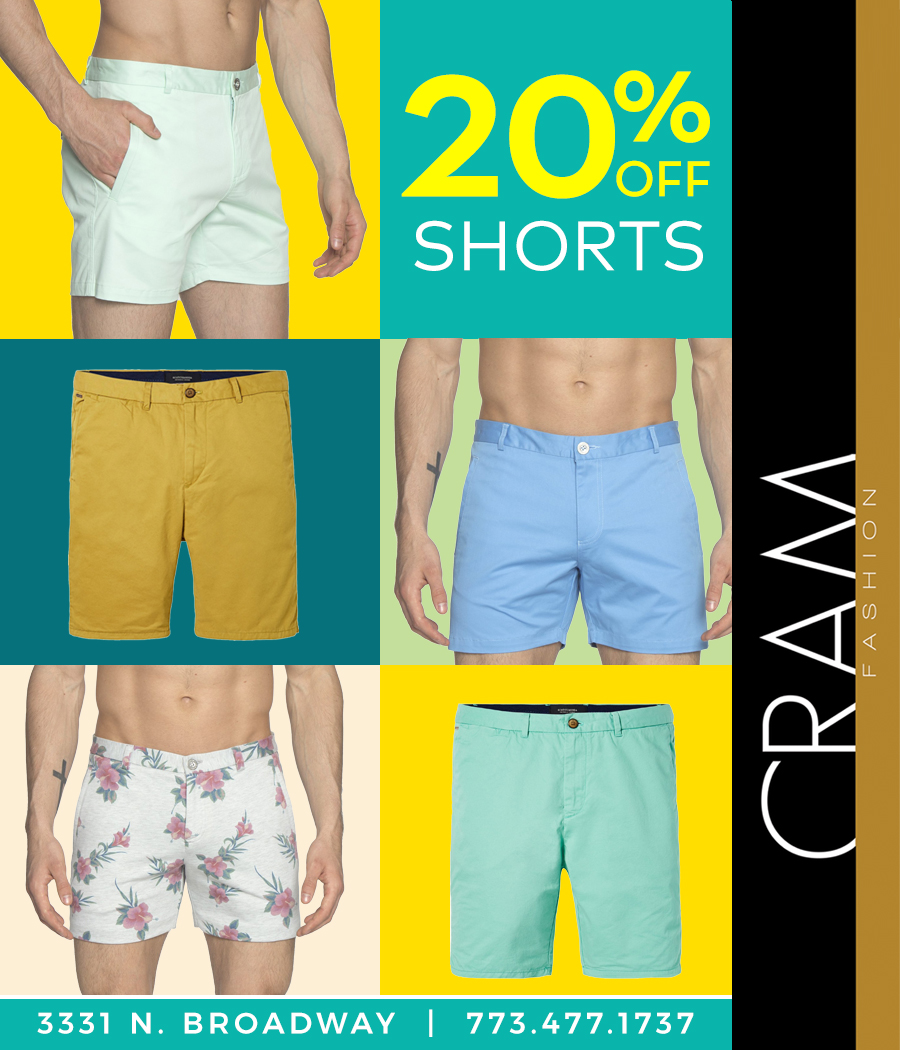 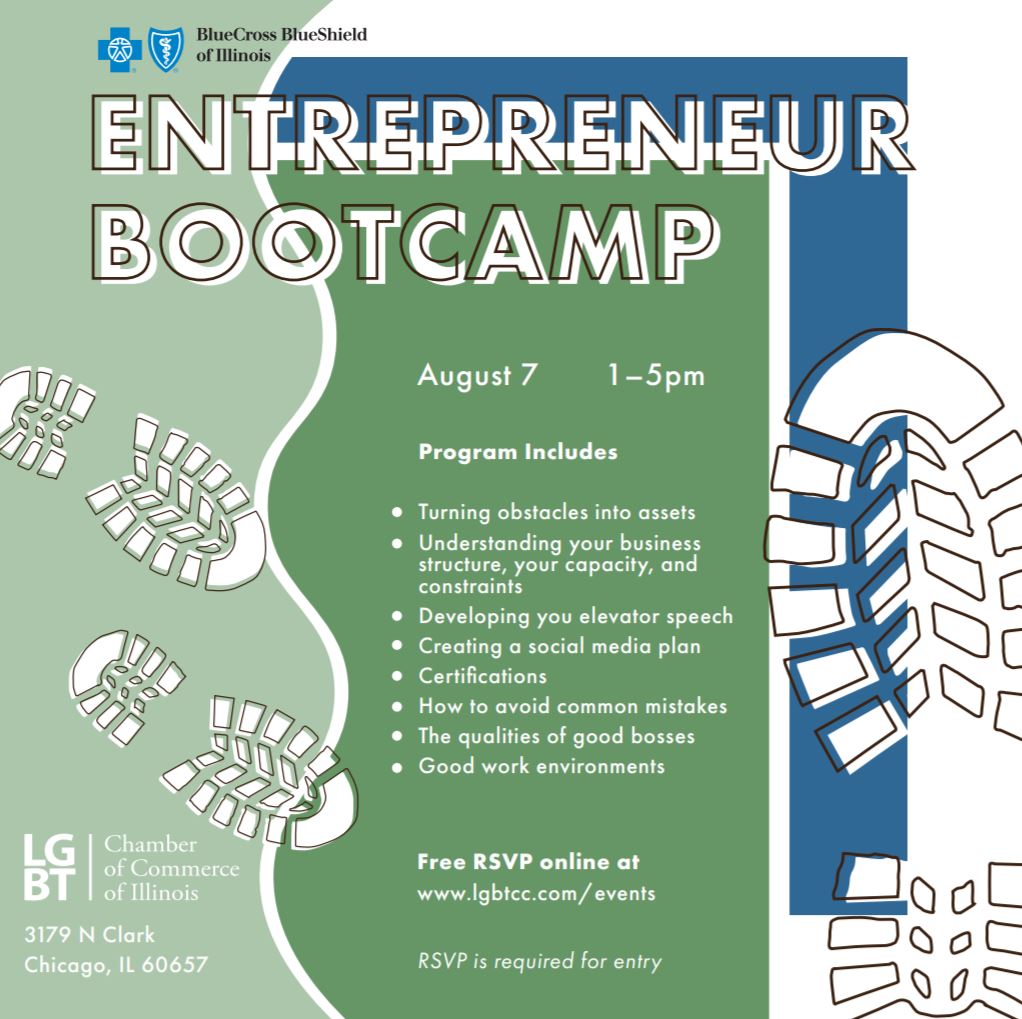 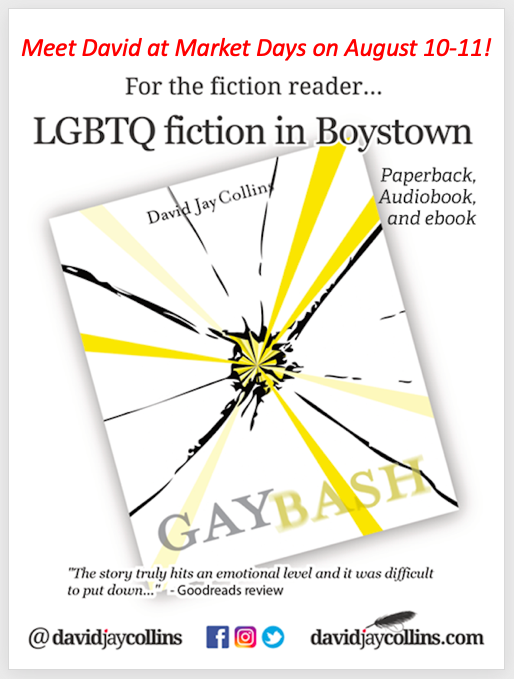 Come see what Chicago Tribune calls one of the Top Shows To See This Summer. 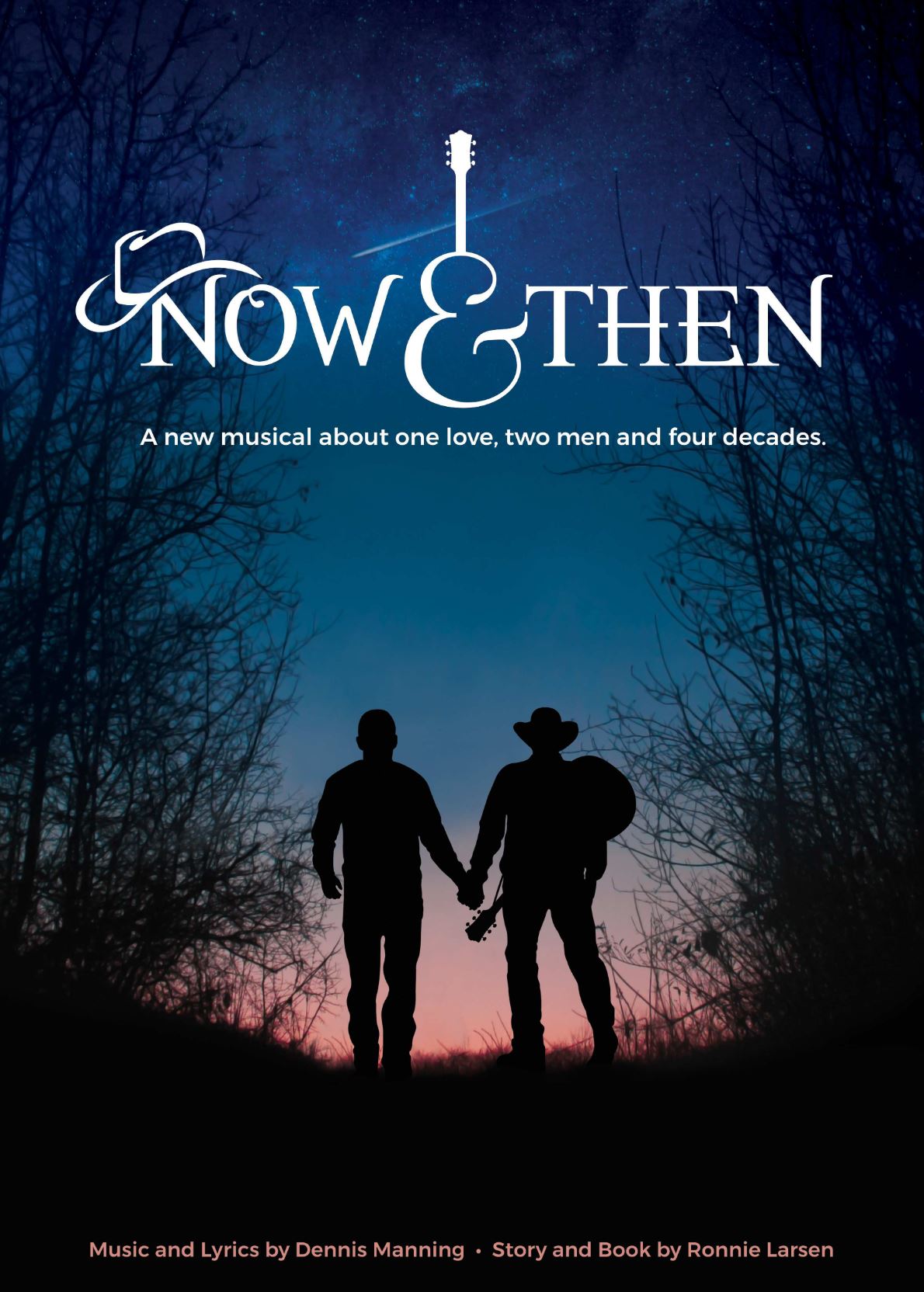