DJ All The Way Kay

DJ All The Way Kay.

Caryn Robinson, or KayKay for short, maintains a dual DJ & Design practice which are both influenced by the cultural aesthetic of her hometown, Chicago. She matches beats with seamless transition and produces sets that are as sonically varied as her city’s streets. Designer by trade and DJ by craft, KayKay produces experiences that seduce the audience and lures them into her meticulously cultivated audiovisual realm. She believes that while a DJ’s skills can be sharpened, musical taste cannot be taught. While her first love is House, she is an open format DJ with an extensive collection of music that represents the best of Disco, Hip-Hop, R&B, Slow Jams, Dancehall, Baltimore Club, Vogue, Blog, Rock & Roll, Trap, Twerk and Chicago’s homebred sounds Drill and Juke.

She has been the reigning queer female DJ of the Chicago scene for more than 10 years and has held residency at numerous Chicago bars and nightclubs, including, but not limited to: Not Safe for Wallflowers at the Shrine (Lesbifriends), Illuminaughty at Progress Bar (Lesbifriends), Honey Pot at Progress Bar (Chicago Twerkit Authority), Cirque de la Femme at Lincoln Tap, Menace2Sobriety at Subterranean (Lesbifriends) and the infamous Dirty Girl Thursdays at Berlin and the Lakeview Broadcasting Co. (Chicago Dirty Girls).

She was also featured by the Chicago Reader for their column “In Rotation,” in which local music scenesters share their current interests with a citywide audience. KayKay also has a cameo in season 12 of Oxygen’s the Bad Girl’s Club, which contains footage of her residency at Progress Bar’s weekly queer ladies night, Honey Pot. Her events are frequently advertised in the press, including the Huffington Post, Do312, the L Stop, the Windy City Times and the Chicago RedEye. From the confines of the booth she has orchestrated the convergence of dancing bodies at parties like: Slo Mo’ at the Whistler, Bump & Grindcore at Beauty Bar Chicago (recently named by The Chicagoist as one of the top 8 dance parties in the city), Dollhouse Fridays, Dusty Grooves at Cobra Lounge, ISTILLLOVEHER at Subteranean, Stardust at Berlin, Femistry by BBliss at the House of Blues Foundation Room, and Queerer Park at Beauty Bar Chicago.

She has worked as the headlining DJ for several events, including: The Chicago Pride Parade Red Eye float, Back Lot Bash: Chicago’s Ladies Pride Weekend (2012 – present), the Chicago Reader Pride Cruise and Chicago Reader People Issue Party (2012) and the Halfway to MichFest Party (2011 – present). She has also shared the stage with the likes of Ruby Rose, Brenmar, Flosstradamus, Kid Sister, Psalm One, Hollywood Holt, Million Dollar Mano, DJ Tittsworth, DJ Gant-Man, Zebra Katz, Njena Reddd Foxxx, Big Dipper, God-des & She, Aneesa of MTV’s The Real World Chicago, Leisha Hailey of The L Word and Uh Huh Her, and Whitney Mixter of The Real L Word. All the Way Kay has also been an official DJ of the Chicago Outfit Roller Derby Team. 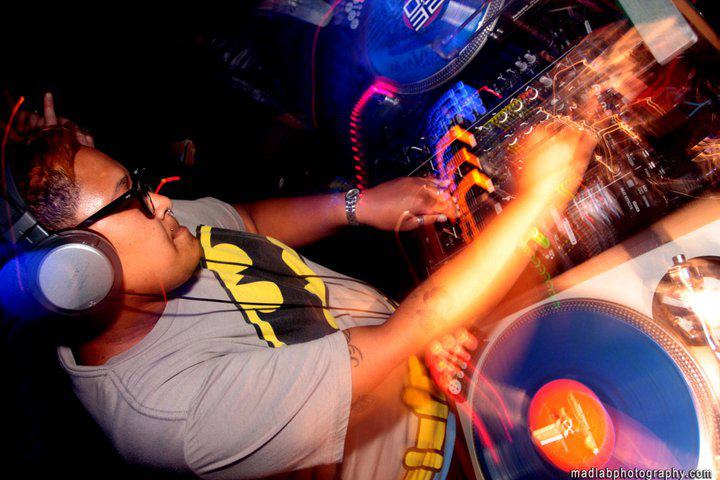